Future generations of heroic people will not turn away from this honorable path - We proudly commemorate January 20 martyrs - PHOTOS | Eurasia Diary - ednews.net

Baku prepares to mark 20 January or Black January as a history of bravery. In 1990, 20 January, Azerbaijani people gathered to demand their rights for freedom which was ended as a bloody event. Hundreds of Azerbaijani was brutally killed by Soviet troops. This day is considered as a rebirth of the Republic of Azerbaijan.

School pupils are visiting Alley of Martyrs (where the victims of the bloody night were buried) even before 20 January. Pupils said poetries and laid flowers on their graves as a respect to those sacrificed their lives for the whole nation's freedom.

“January 20 is a passage to freedom in the lives of our people. Yes, we should not forget our blood memory as we are keeping it alive. We pay tribute to the spirits of martyrs who have regained Azerbaijan's freedom from the 70 years of slavery at cost of blood," Ayten Haiyeva a primary school teacher said.

“The future generations of the people who wrote the heroic epic will never avoid this honorable path. Today, we are proudly commemorating 20 January martyrs.  Such frequent visits are important for the patriotic growth of our students.  They have witnessed once again that our martyrs had been ready to sacrifice their lives for the independence of our country, regardless of their age," she added.

At the end of their visit, the students laid flowers at the graves of the martyrs. 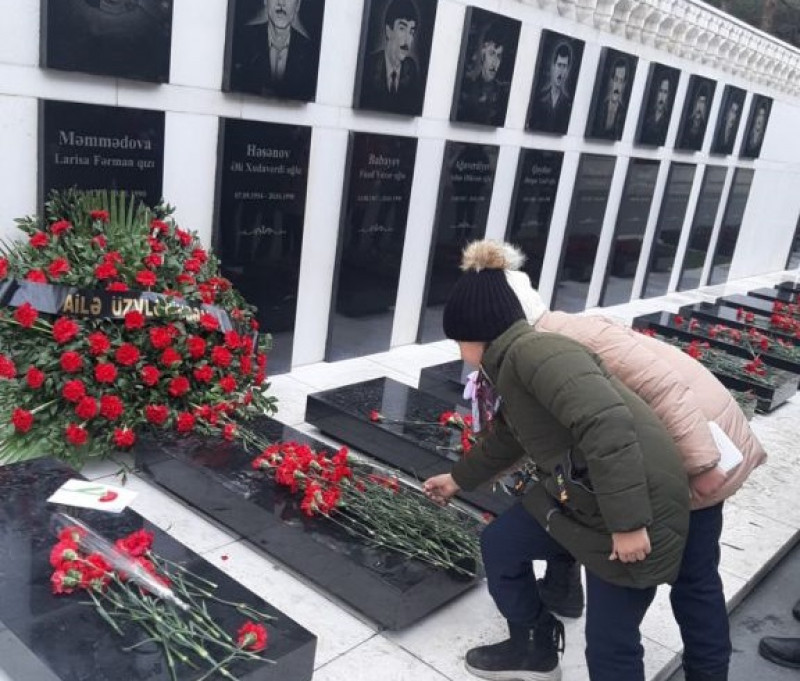 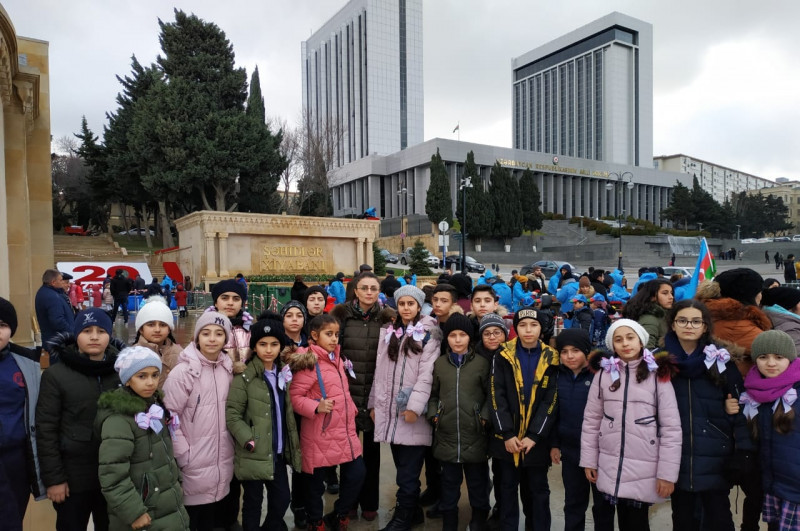 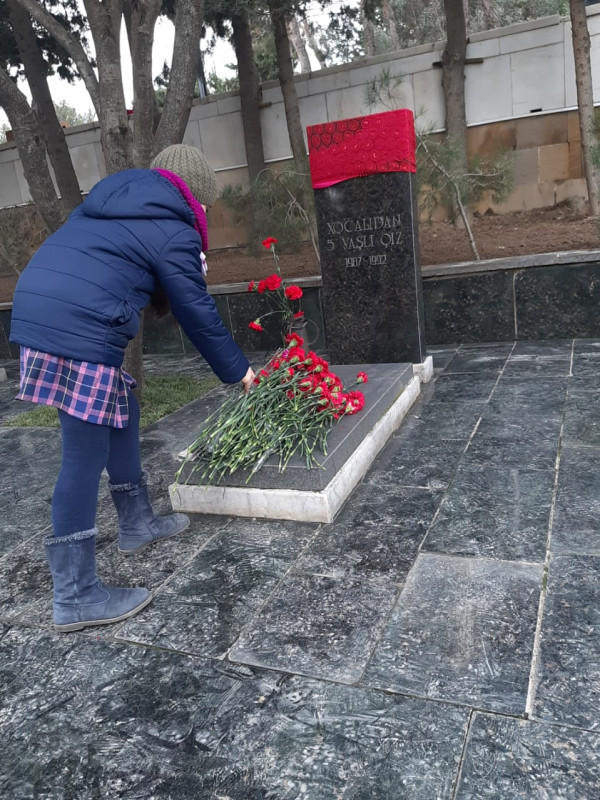