US and EU have no desire to lend a helping hand to Italy, however China and Russia give life support to Italians - -American Expert
Read: 6785 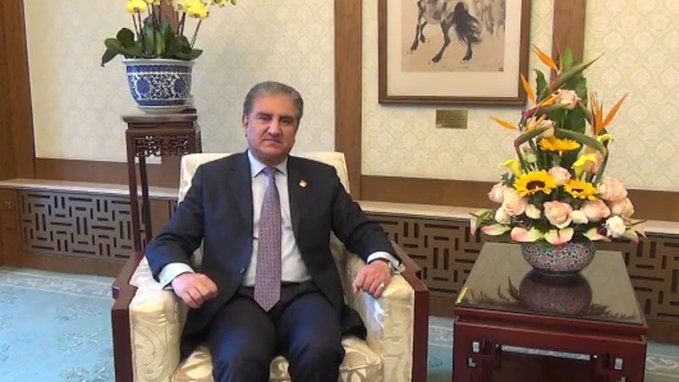 Foreign Minister Shah Mehmood Qureshi Wednesday said that the government had learned from the Chinese experience and trying to emulate it to prevent and control the challenge of novel coronavirus in Pakistan.
“We have learned from your experience, and we are trying to emulate that, he told Global Television Network (CGTN) during his recent visit to China.
The foreign minister said the government had put in place the protocols that were required, for example, quarantine procedures, and screening at entry points.
Large public gatherings have been now curtailed; educational intuitions have been closed down,” the foreign minister said. “So we are taking measures, but the challenge is there.”
Acknowledging that in the early stages of the pandemic, Pakistan sent medical supplies and resources to help China, the minister said now that Pakistan had its own cases, China had come to its aid, offering various kinds of assistance.
“Whatever we ask for, China has been forthcoming and helpful,” he said, adding that medical teams to assess the situation, testing kits, thermal screening and personal protective gear had been provided.
Qureshi said, currently, the most needed machinery were ventilators, as the country faces acute shortages.
He said providing economic relief would also be helpful as Pakistan might face a slowdown after the pandemic.
The foreign minister also praised China’s efforts to contain the novel coronavirus pandemic.
China has done an amazing job. Nobody in the world could have visualized that in such a short time the Chinese people, government and leadership [would] put things together so effectively and demonstrate to the world that they have the capacity to address the challenge. The healthcare system, governance capacity, the administrative capability [are] phenomenal, he added.
While there are concerns about China’s economy when the pandemic was over, Qureshi said the fundamentals were very strong and solid.
He said in his opinion, “It will be a temporary dip, but China will recover very quickly,” as all indicators are pointing in the right direction.
As Covid-19 had developed into a global pandemic, developing countries where healthcare systems were less advanced and their work cut out for them.