'We want to overcome such condemnations' - Success story of Azerbaijani girl 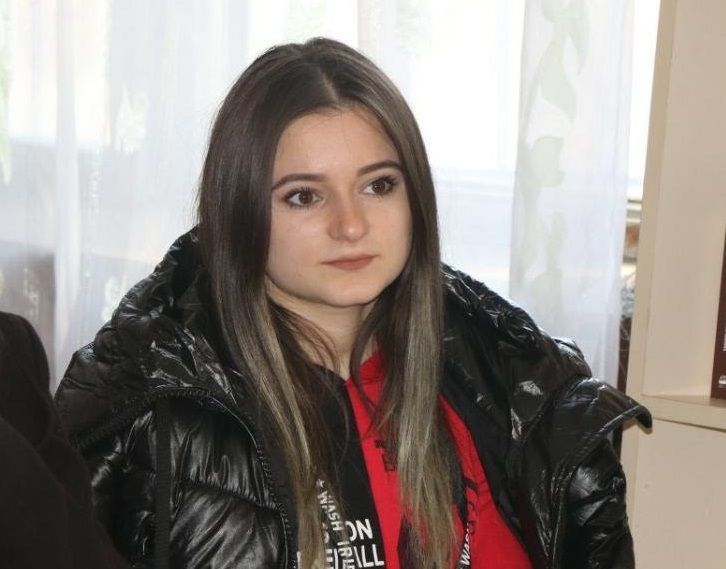 Our girls are facing many obstacles in the building their career and organizing leisure mainly in districts and regions of Azerbaijan. Among these obstacles, the pressure of society has a special place. When our girls are engaged in various activities, even the simplest ones, it meets with a strong reaction and condemnation from our society.

However, as in any society, many strong young people striving for the development of the people and the country, trying to break these stereotypes. The Azerbaijan Youth Advocacy Program (AYAP), implemented by the International Eurasia Press Fund with the financial support of the United Nations Children's Fund and the European Union, brings together such young heroes to benefit the development of the community.

Chinara Surkhayli is one of our heroes who spends all her efforts on the development of our society and wants to change the fate of our girls. He is a resident of the Barda region and a member of the Barda District Advisory Board of the AYAP project. Chinara's wide range of interests motivated her to take part in many activities. Primarily, she continued her education, entered the Barda District College of Management and Technology and successfully graduated from college. Chinara did not waste her free time and joined many volunteer activities. She volunteered for the ASAN Service and the Executive Power of Barda district.

Chinara decided to join many projects as an initiative for her peers to be involved in such activities, and especially for girls to spend their free time effectively. She wants girls living in Barda and other regions to be as active and develop as she is. Chinara not only keeps these ideas as a dream but also works hard to make them come true.

AYAP's participation in the “Velopark” project for young girls is one of the first steps in her role in the development of others. There are many shortcomings in the effective organization of youth time in Barda. At the same time, there are very few opportunities for girls to be freer.

“During the discussion of the bicycle project, we thought that what is lacking in Barda for the effective use of young people. The bicycle parks in our district were used only by boys and very few girls. Because in our districts it is not right for girls to ride bicycles. Therefore, this type of thinking often creates a sense of isolation in our women. It is to overcome this criticism that we came up with the idea of ​​the Velopark project,” Chinara explained how the idea of the project came about.

It should be noted that bicycles, skates, helmets, and knee pads have been purchased and presented to young people who want to use them as part of the Velopark project.

At first glance, this project may seem small to break the object of criticism, but given the financial support and opportunities available, Velopark can be considered a great success in this way. Consider that in our regions, girls are very limitedly allowed in walking in parks, using bicycles and other means. Most girls are deprived of such entertainment.

In order to promote this idea and involve young people in it, AYAP members started working mainly in schools.

“Mostly girls between the ages of 13 and 25 were expected to attend, but some people over the age of 26 were also involved. Young people in schools showed great interest in this project, and even teachers welcomed our initiative. The joy of our young people, our parents and teachers were reflected in their faces,” Chinara said.

One of the most impressive aspects of the project was that even fathers encouraged their daughters. Thanks to this, the organizers of the project and even Chinara learned to ride a bike by this project.

“There are very few activities and entertainment for women to spend their time in Barda. In addition to school and home, there are opportunities such as just walking in the parks, going to repetitors and college. Of course, there are also voluntary activities, but they are not very developed. At the same time, the socialization of girls is very limited.

Volunteering is underdeveloped in the region, and people's attitudes are mixed.

"Parents do not even agree with their children's voluntary activities. They consider it an empty occupation. In our district, there are no catering facilities where girls can even gather and talk. We are even considering opening a youth home for this purpose. Compared to Baku, girls' freedom in Barda is very low and they cannot even move freely in parks. Some girls can't even go to the park,” Chinara explained the situation in the regions. However, Chinara and AYAP youth are not satisfied with this situation, they are trying to utilize all of the opportunities for the development of girls and building career for them.

"We are thinking of these projects to dispel these accusations and reduce outside opinion," she said. People should get used to seeing girls can ride bicycles, skate in the park or talk. We want girls to be less exposed to outside influences. Let them build themselves and their future based on their will and decisions. ”

Chinara, who is moving forward on this important path, is an example for other young people. Unlike others, she is a participant in such important initiatives. Chinara also called on parents to support their daughters in taking advantage of these opportunities. "In the regions, girls are restricted from building a career. People think that husbands will do what is needed for their wife and with this opinion parents make their daughters marry after a certain age. ”

Chinara's dreams do not finish, she wants to improve her education by being admitted to the university. Another of her dreams is to open a youth center so that girls can gather in this center in a very comfortable way and spend their free time productively and entertainingly. Chinara, who does not like to be passive and wants to work full time, wants to expand this activity. She wants to be a trainer in the future and she wants to have a share in the enlightenment of many young people through these activities.