Construction of a railway terminal on the Iranian-Azerbaijani border being launched | Eurasia Diary - ednews.net

Apophis meteor will gently pass by Earth tonight - experts warn it could collide with our planet in future
Read: 5906

Not a single Armenian will live in Karabakh - Time is in our favour
Read: 310

Egypt understands that it is impossible to isolate Turkey in Eastern Mediterranean - Expert
Read: 281 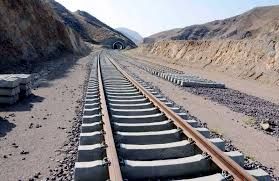 Construction of a railway terminal in the Parsabad region of Ardabil province, located on the border with Azerbaijan, will be launched soon, said Governor of Iran's Ardabil province Akbar Behnamju, Eurasia Diary reports citing APA.

He noted that a contract was signed on the construction of the railway terminal at the 14th meeting of the Azerbaijan-Iran State Commission for economic, trade, and humanitarian cooperation in Tehran.