Remains found in Edilli to be removed from area today and tomorrow - ednews.net 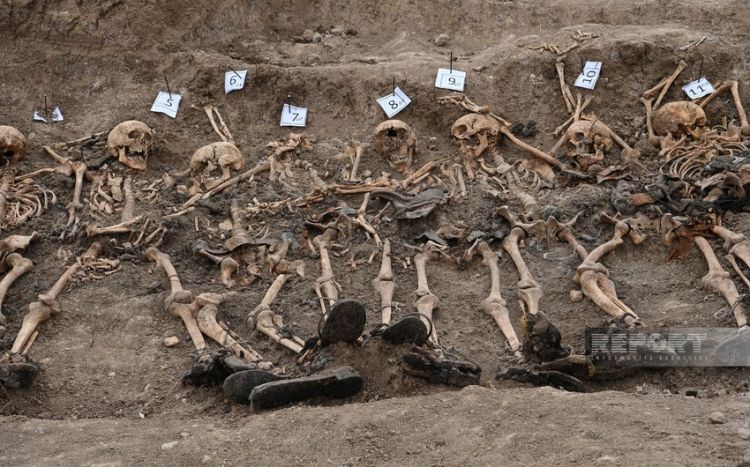 The remains, believed to belong to 12 soldiers, will be removed from the area in Edilli village of Khojavand region today and tomorrow, Adalat Hasanov, director of the Association of Forensic Medical Expertise and Pathological Anatomy of the Ministry of Health, told Report.

According to him, boxes will be brought to the area after the review protocol is completed:

"Later, the remains will be placed in boxes with their personal belongings and numbers. Then, according to the decisions of the Military Prosecutor's Office, the material evidence will be submitted to the criminalistics department of the Association. After the examinations, the skeleton bones and facts will be kept in special conditions in special boxes," he said.