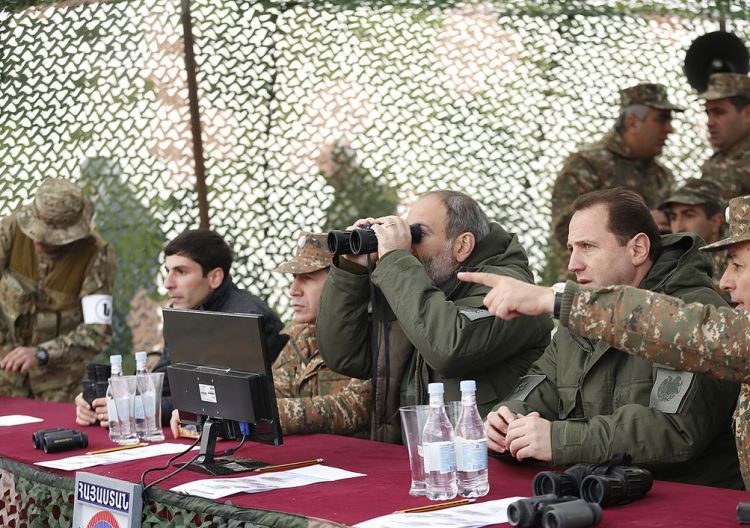 It is appalling to see that in the middle of a global health pandemic, the terrorist government of Armenia is constantly violating the international laws and FOUR UN Security Council Resolutions. July 12th, is a tragic day in the history of the people of Azerbaijan, two dedicated servicemen were killed from the brutal Armenian attack, Mr. Vugar Sadigov of Aghstafa region - Village of Yukari Goyjali, and Mr. Elshad Mammadov, both were killed by the terrorist soldiers of Armenia, these two Azerbaijani officers are the true heroes of European Democracy, gave their lives in defense of human rights, they are genuine defenders of freedom and liberty in Europe. The heroic Azerbaijani officers, Vugar Sadigov and Elshad Mammadov, both lost their lives in defense of the full territorial sovereignty of the Republic of Azerbaijan; they are true heroes of Azerbaijan.

On the night of July 13 - 14, the Major-General Hashimov Polad and Colonel Ilgar Mirzayev have heroically passed away during the battle skirmishes in the Tovuz Region. These heroic acts of patriotism, selfless dedication and Altruism are only observed within the members of the Armed Forces of Azerbaijan.  It is tragic to see that two of the brighters leaders of Azerbaijani Armed Forces have lost their lives during the ruthless attacks committed by Fascist Government of Armenia.

On July 12th, the Fascist government of Armenia has once again committed horrendous crimes against humanity and grossly violated the UN Security Council Resolutions. These acts of violence must be condemned urgently by the United States Government, European Union and NATO leadership. The European Continent is ever more insecure and unsafe due to the brutal armed attacks that Armenian soldiers have undertaken every twenty four hours against the sovereign territory of Azerbaijan and against the innocent civilian population of Azerbaijan. The incommensurable damage caused to the regional economy and security in the Southern Caucasus is a profound challenge that must be urgently addressed by the European Union officials and US Department of State. Attacking the civilian population of Azerbaijan is a war crime and Armenia should be condemned with Economic sanctions and political support from its European and OSCE partners must urgently be withdrawn and retracted, otherwise the main European institutions will be exposed to double standards and will show to the world that the leadership in Brussels is not willing to defend the peace loving nation of Azerbaijan, that has invested so much for the preservation of regional stability and economic progress in Western Europe. Azerbaijan is indeed the only country in Europe that has sustained for over thirty years a bloody and terrible occupation led by the Fascist Armenian Armed Forces, in over twenty percent of its sovereign territory. Meanwhile International and OSCE actors continue to be unassertive and passive when it comes to solving the Armed Conflict between Armenia and Azerbaijan.

Immediate actions are needed by the International Community. The OSCE has done a lousy work and under its awful leadership there are not accomplished any real results from the so called 'dialogue and negotiations' between Azerbaijan and Armenia.

The OSCE and its Chairman in Office, must show to the world that it has a solid international mandate, it is not simply a Paper Tiger, but is in fact a true multilateral organization that is able to inflict political sanctions when fascist regimes - like the one in Yerevan - are constantly committing crimes against humanity and executing innocent civilians. I like to see the United States Department of State, issue a press release condemning the brutal acts of terrorism committed by Armenian Soldiers; it should be noted that economic sanctions should be implemented and freezing all international bank accounts and assets of all Armenian officials is another immediate action that ought to be taken by some of the world leaders.