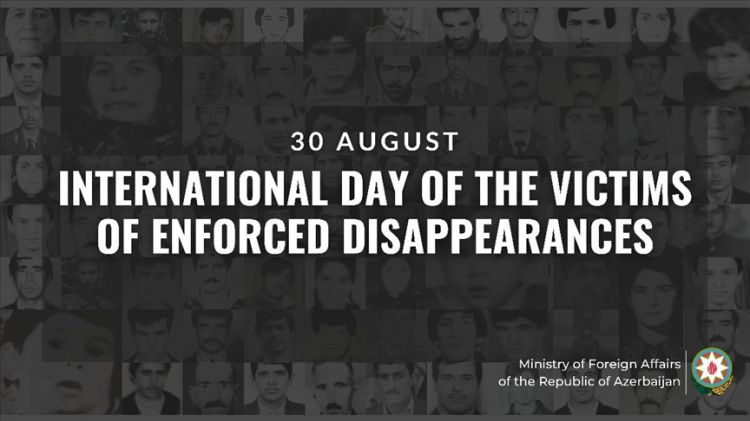 Azerbaijan on Tuesday called for international pressure on Armenia to explain the fate of thousands of its citizens who disappeared during the First Nagorno-Karabakh War.
“Today is #InternationalDayoftheDisappeared. Almost 3 decades, fate of 3.890 Azerbaijanis, who went missing as a result of aggression by Armenia, is unknown,” Azerbaijani Foreign Minister Jeyhun Bayramov said on Twitter.
"We urge international pressure on Armenia to fulfill obligations under int. law. #DontForgetMissingAzerbaijanis," he added.
The International Day of the Victims of Enforced Disappearances is observed globally on Aug. 30 to raise awareness that enforced disappearance is a crime and should not be used as a tool to deal with situations of conflict.
Relations between the former Soviet republics have been tense since 1991, when the Armenian military occupied Karabakh, a territory internationally recognized as part of Azerbaijan.
They were again involved in a 44-day conflict in the fall of 2020, which ended after a Russian-brokered cease-fire. Azerbaijan liberated several cities and around 300 settlements and villages during the war.
In January 2021, leaders of the three countries agreed to develop economic ties and infrastructure to benefit the entire region.