American expert - Racism is a fundamental to the Western approach to Africa
Read: 2305

An artillery attack on a second US military convoy in Syria
Read: 1041

Team of specialists from Russian armed forces arrives in Armenia to assist in struggle against COVID 19
Read: 965

Pepsi is buying a major Chinese snack retailer for $705 million 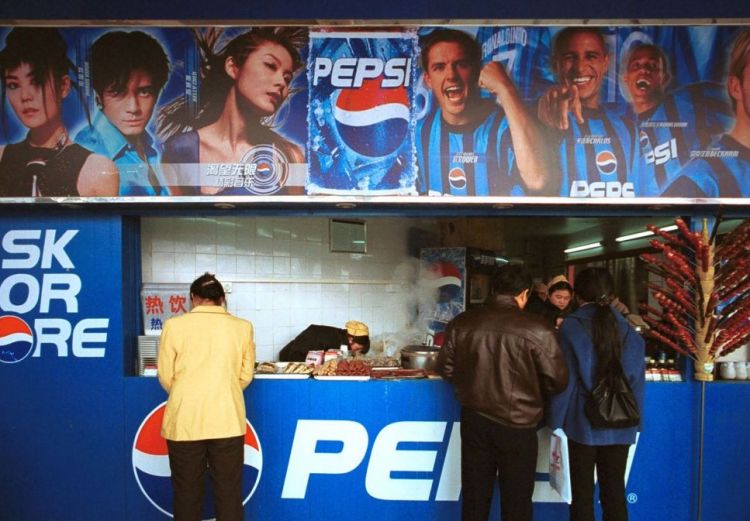 PepsiCo (PEP) is buying a Chinese company that sells snacks online as it tries to corner more of the world's largest food and beverage market, Eurasia Diary reports citing CNN.

The American soda and snack company said Sunday that the deal to buy Be & Cheery — valued at $705 million — will help Pepsi become "China's leading consumer-centric food and beverage company."

The value of China's snack market increased by more than 400% between 2006 and 2016, according to a 2019 estimate from the country's Ministry of Commerce. The ministry said it expects the market to be worth nearly 3 trillion yuan ($427 billion) this year.

Pepsi's latest investment in China comes as companies struggle to get back to work after the coronavirus outbreak forced many to shut for weeks and depressed business activity. Chinese officials have been urging people to do more shopping online as one way of restricting the spread of the virus.

Be & Cheery, which is based in the eastern Chinese city of Hangzhou, mostly sells nuts, dried fruits and other snacks online. It recorded 171 million yuan ($24.3 million) in net profit last year, a 32% jump from 2018.

Pepsi has been operating in China for decades, and has been making deals there. Last year, Pepsi took a stake in one of the country's largest natural food producers as it sought to capitalize on the global health food craze.

The company said earlier this month that it recorded "strong double-digit growth" in the country in 2019, though it did not break out that revenue.

"One of the critical opportunities for PepsiCo is to develop the international business," PepsiCo Chairman and CEO Ramon Laguarta told investors during an earnings presentation earlier this month. "And China, of course, is a huge market, where we have a good business. It's growing very well ... But the opportunity is much, much higher."