Turkey says Ukraine grain exports could start within a week under deal with Russia - ednews.net 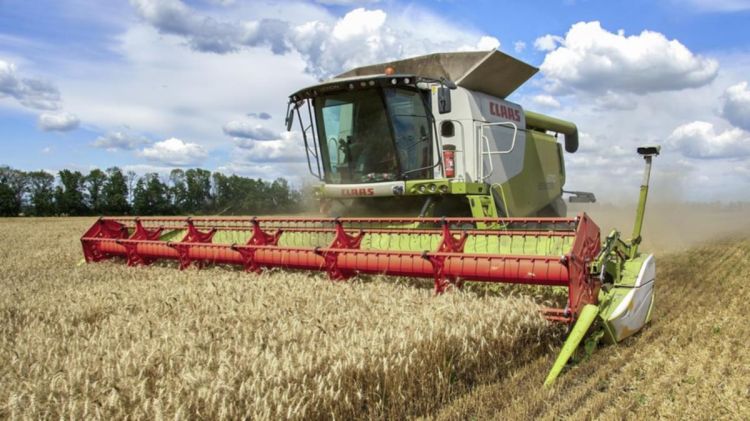 Turkey said grain exports from Ukrainian ports could resume within a week and reach 25 million tonnes by the end of the year, after it brokered a deal between Kyiv and Moscow that eased fears of a global food crisis.
Exactly when exports halted by Russia’s invasion would begin will be determined by logistical groundwork, Turkish President Recep Tayyip Erdogan’s spokesman, Ibrahim Kalin, said in an interview on Tuesday.
As many as 100 vessels carrying grain and agricultural products were trapped in Ukrainian ports when war broke out. The United Nations expects the first to move within a few days, and an adviser to global insurers has proposed a mechanism that might help cover the trade.
Still, hitting Kalin’s forecast for exports by December could be a challenge. Analysis firm UkrAgroConsult says that the Black Sea ports in question -- Odesa, Chornomorsk and Pivdennyi -- have a maximum combined capacity of 3.5 million tons a month.
Turkey is due to open a joint operations center with Ukraine, Russia and the UN on Wednesday to coordinate trade under the agreement.
A Russian missile strike on Odesa after the deal was reached raised doubts about Moscow’s commitment to the accord, but Kalin dismissed the concerns. The UN later said all sides had reconfirmed their intent to make the deal work.
The agreement capped months of diplomacy by the Turkish leader, who has struck a delicate balance since Russian troops entered Ukraine in February.
NATO member Turkey has been vocal about its support for Ukraine and a company headed by Erdogan’s son-in-law has provided dozens of armed drones to bolster the Ukrainian military.
Yet Ankara refrained from joining sanctions targeting Russia and kept lines of communication open with President Vladimir Putin.
“If everyone burns bridges with Russia, who’ll talk to them? We have seen [with this agreement] how important Turkey’s balancing act is, Kalin said.