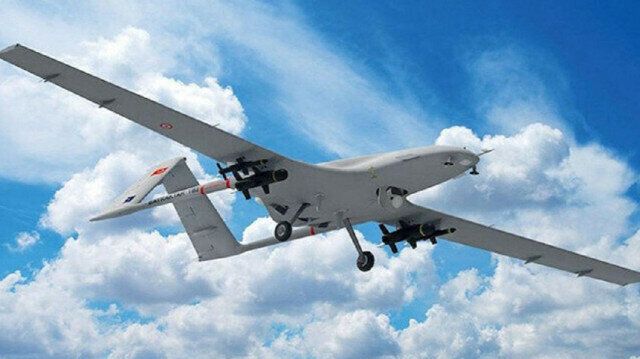 Turkish defense firm Baykar said Thursday that it will donate Bayraktar TB2 drones (UAV) to Ukraine after crowdfunding campaigns were held in Poland.
"In the light of your campaign, we will provide a Bayraktar TB2 to the people of Ukraine so that they better protect their homeland,” Baykar said in a letter to fundraising initiator and journalist Sławomir Sierakowski. “And we will oversee the allocation of your funds by Ukrainian charities to ends that ultimately strengthen Ukraine."
Baykar expressed gratitude to Poles who participated in "such a meaningful" campaign.
"Our aspiration is that our offering and this campaign will succeed in saving the lives of innocent Ukrainians in challenging times that we pray to soon end," said the letter.
Several campaigns have been launched in Lithuania, Norway, Poland, Canada, as well as in Ukraine, to purchase Bayraktar TB2 for Ukraine as its war with Russia has continued since Feb. 24.
Targeted figures for the delivery of three drones to Ukraine and one to Lithuania were reached at the end of the campaigns.