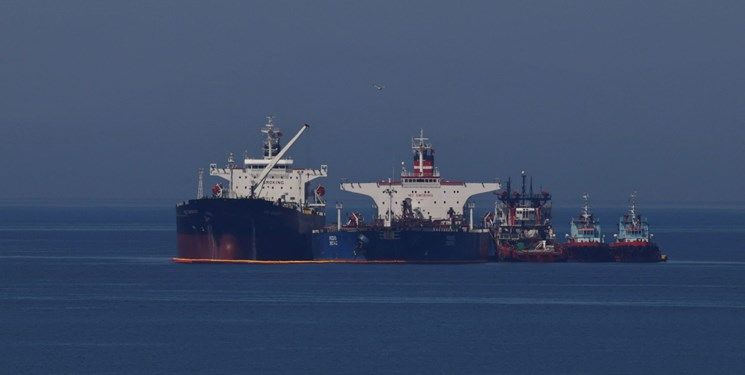 The Iranian Embassy in Athens confirmed that the Supreme Court in Greece had voted to uphold an appeals ruling in favor of Tehran against the seizure of an oil shipment under US pressure.

The Iranian Embassy in Greece said in a tweet on Tuesday that the new ruling was a major blow to repeated US attempts to confiscate Iranian oil under unilateral sanctions imposed on Tehran in 2018 when Washington pulled out of the nuclear deal.

“Soon, the transfer operation will begin and Iran’s stolen oil has to be returned to Lana. Another fiasco for pirates!” the embassy added.

On Tuesday, reports suggested that the Supreme Civil and Criminal Court of Greece had issued a verdict upholding a previous court ruling which allowed Iranian oil tanker Lana to take its oil cargo and leave Greek waters.

Lana and its cargo had been seized in Greece’s Karystos after the ship encountered an engine problem and was forced to moor off the area amid rough seas and as it was heading to the Southern Peloponnese peninsula where it was to offload its cargo on to another tanker.

Judges in the highest judicial authority in Greece found no reason to overturn the ruling issued in early June which had prevented the confiscation of Lana’s cargo under a legal attempt by the US Department of Justice.

Tehran described the seizure by Athens as an "act of piracy" that was "in violation of international standards".

In response, the Islamic Revolution Guards Corps (IRGC) seized two Greek oil tankers. Later, Iran announced that all crew members of the the oil tankers are in good health.

Supreme Leader of the Islamic Revolution Ayatollah Seyed Ali Khamenei has said that Tehran’s seizure of Greek oil tankers was retaliation against Athens because it “stole” Iranian oil.

“The Iranian fuel was stolen off Greece, then the brave [forces] of the Islamic republic made up for that by seizing an enemy ship,” Ayatollah Khamenei stated in early June.

“It’s you who stole our oil,” he added, addressing the country’s “enemies".