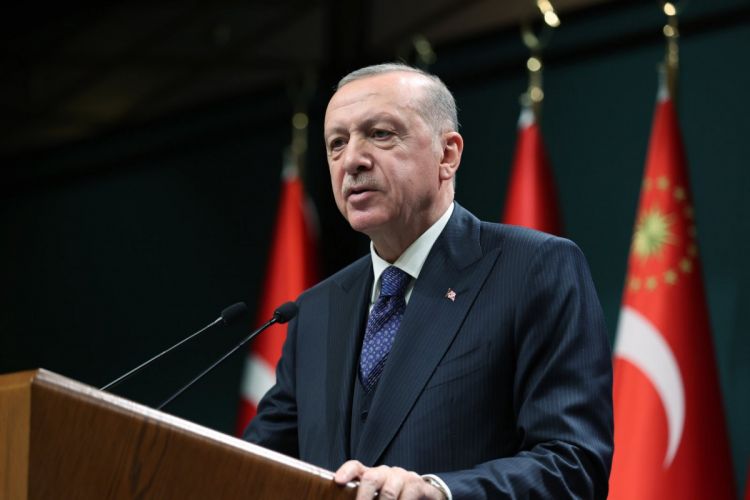 Turkish President Recep Tayyip has deemed interest rate his “biggest enemy,” vowing to pressure the central bank to lower the key interest rate further.
Erdoğan made the remarks on Sept. 29 while addressing a meeting of the Turkish Confederation of Tradesmen and Craftsmen (TESK).
“My biggest war is with the interest rates. My biggest enemy is the interest rate. We have once again lowered the interest rate (central bank’s main policy rate) to 12 percent. Is this enough? No. It needs to go down further. We have talked about this with our Central Bank and continue to speak. I suggest that this needs to be lowered further in the upcoming Monetary Policy Committee meetings,” Erdoğan said.
“Aren’t there those among us who unfortunately defend interest rate policy, high interest rates? Of course, there are. Unfortunately, they, especially the opposition, do defend this. But your President does not defend high interest rate, and on the contrary, adopts a policy of defending a low interest rate. And in the meantime, we have a struggle with inflation at this point. Hopefully, I believe that this inflation will come down with the low interest rate after the new year, and I defend this.”
Last week, the Turkish central bank delivered another interest rate cut, moving the opposite way from world economies that are raising rates to combat soaring inflation as the lira sunk to record lows. It lowered the benchmark rate by 1 percentage point to 12%.