“What the US is currently doing should be called ‘terrorism’” - Zarif blasts US | Eurasia Diary - ednews.net 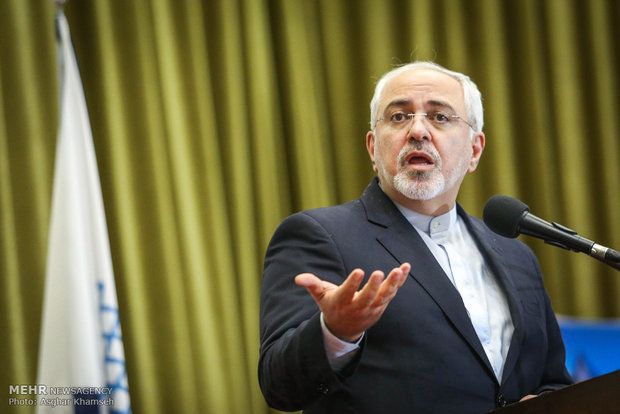 Zarif made the remarks in a Sunday meeting on promotion of adherence to the United Nations Charter and international law in Venezuela’s Caracas.

“US measures is economic terrorism. Plain and simple. There is no ambiguity about this. Just search the word terrorism,” said Zarif at the meeting, adding “Terrorism is the unlawful use of violence and intimidation, especially against civilians, in the pursuit of political aims. This is Google’s definition of terrorism.”

“Stop using the word ‘sanction’. Sanctions are designed to enforce laws. They are backed by the law, but the US measures are economic terrorism.”

“What the United States is currently doing should be called ‘terrorism’,” Zarif stressed.

He went on to call for boycotting the unlawful use of the word ‘sanction’, “especially the US’ excessive use of this word to show that its measures are lawful. We need to constantly repeat that what the US administration is doing is economic terrorism. We don’t negotiate with terrorists.”

Wrapping up his stay in Caracas, Zarif is currently in Nicaragua’s capital Managua to hold talks with the country’s senior officials on bilateral ties.