Türkiye, Iran agree to fight against terrorism in all forms: Joint statement - ednews.net

Türkiye, Iran agree to fight against terrorism in all forms: Joint statement 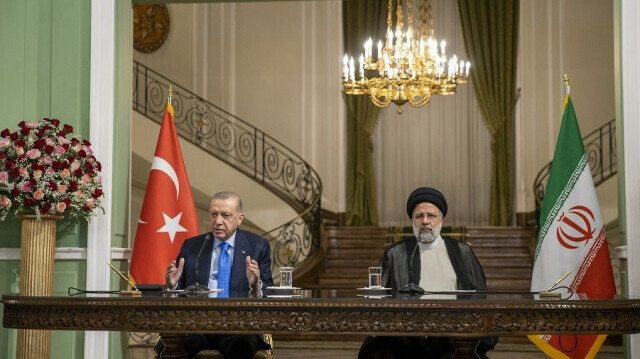 Ankara and Tehran have agreed to fight against terrorism in all forms, said a joint statement released Tuesday after the meeting of Turkish and Iranian leaders.
Türkiye's President Recep Tayyip Erdogan and his Iranian counterpart Ebrahim Raisi met in the capital Tehran to co-chair the seventh meeting of the Türkiye-Iran High Level Cooperation Council to discuss bilateral relations and enhance cooperation.
Türkiye and Iran signed eight agreements in various areas, including trade, social security and sports.
According to the joint statement, the leaders emphasized their determination to take full advantage of existing and further bilateral mechanisms to prevent the existence and activities of terrorist organizations and organized crime networks across their common borders.
The leaders also affirmed their condemnation of terrorism and the need to fight all terrorist groups without discrimination.
They emphasized the "essential and undeniable" importance of regional and international mechanisms for the peaceful resolution of conflicts and the need for just, fully inclusive and humanitarian approaches to establish a more just international order.
According to the statement, the leaders expressed their belief that international political disputes can only be addressed through meaningful political dialogue and not through unilateral sanctions.