U.K. foreign secretary has long styled herself as a China hawk. 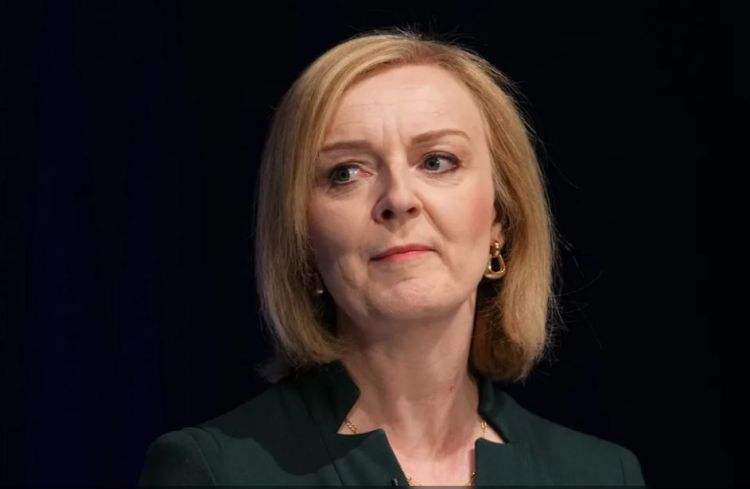 China’s ambassador to the U.K. has been hauled into the Foreign Office for crisis talks over Beijing’s “aggressive and wide-ranging escalation” in Taiwan.
Liz Truss, the U.K. foreign secretary and Conservative Party leadership hopeful, summoned Ambassador Zheng Zeguang to explain his country’s actions over recent days.
Tensions between China and Taiwan escalated dramatically after Nancy Pelosi, the speaker of the U.S. House of Representatives, visited the autonomous territory last week.
The Chinese government responded to the visit — which it saw as a provocation by the U.S. — with a series of missile launches, “live fire” military exercises and incursions into Taiwanese waters and air space. Beijing claims Taiwan, a self-governing democratic island of 23 million, as part of China.
Truss, who has taken a hawkish stance toward Beijing as foreign secretary and is now the favorite to succeed Boris Johnson as U.K. prime minister next month, said in a statement: “The U.K. and partners have condemned in the strongest terms China’s escalation in the region around Taiwan, as seen through our recent G7 statement.”
“I instructed officials to summon the Chinese ambassador to explain his country’s actions.”
“We have seen increasingly aggressive behaviour and rhetoric from Beijing in recent months, which threaten peace and stability in the region.”
“The United Kingdom urges China to resolve any differences by peaceful means, without the threat or use of force or coercion.”
Zheng tweeted on Tuesday that “China’s sending a warning in response to move of US and ‘Taiwan independence’ forces that seriously undermines its sovereignty, interferes in internal affairs and harms peace and stability in Taiwan Strait. It’s completely within our right (sic) to take firm, strong and proportionate measures.”