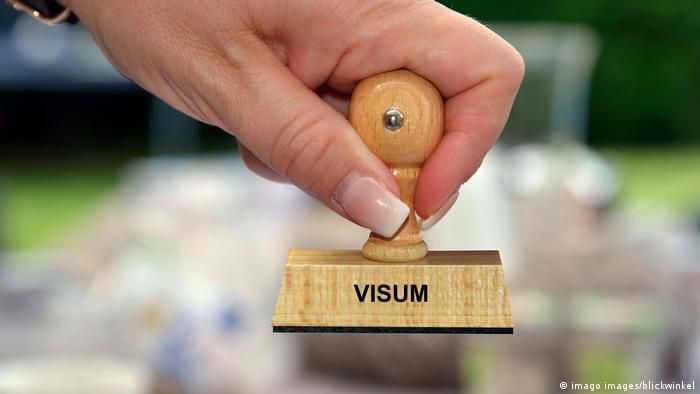 Russians who are persecuted for political reasons may apply for a German residency permit under "international law or for pressing humanitarian reasons," according to German residency law. The interior ministry says this rule is being applied "swiftly and unbureaucratically."

According to DW, among those who may apply for such protection are Russian human rights lawyers and people who worked for organizations classified as undesirable or foreign agents by Russia, DW learned. Members ofRussia's democratic oppositionmay also apply, as well as those who speak out publicly against Russia's war against Ukraine.

Lastly,journalists working for independent mediaoutlets who may suffer the wrath of the Russian state can also seek shelter in Germany.

According to Germany's Federal Office for Migration and Refugees, 241 Russian nationals have been granted residency since mid-May. Among them are 144 opposition figures, and an additional 97 family members.

Protection for some, but not others

Not all political activists seeking shelter in Germany are granted a residency permit.

Vadim Kobzev, like Serednik, was a member of Navalny's Rostov-on-Don team. He helped to organize public events and investigate local administrators suspected of malpractice. He was arrested four times, spending a total of 34 days in jail. Forced to endure dirty, cramped prison cells, Kobzev was deprived of bedsheets and clean drinking water.

In 2019, members of Russia's OMON special police searched his grandmother's house, where he was living at the time. Agents confiscated devices worth some €1,600 — even though he was a witness rather than a suspect in the FBK donation trial. Three of his bank accounts were subsequently frozen.

In the summer of 2021, Kobzev and his wife were interrogated by Russian investigators. They were accused of involvement in extremist activities designed to subvert Russia's conditional order. "It became clear to me then that I would be the next person to be jailed," Kobzev told DW.

In April 2022, the two left Russia, applying for humanitarian visas in Germany. Both applications were rejected, with authorities citing a lack of evidence to prove he had been persecuted for his political beliefs. German authorities also said he had moved to a "relative safe third country" and was therefore not entitled to protection. A letter provided by human rights organization Memorial underscoring that Kobzev faces grave danger in Russia did nothing to convince German authorities.

German authorities are hard to convince

Alexander Surinov, who previously worked as a staff coordinator for Navalny in Murmansk, had a similar experience. In early 2021, Surinov helped stage pro-Nawalny rallies after the dissident returned from Germany to Russia following his medical treatment for Novichok poisoning. He was fined the equivalent of €12,000 for his political activism.

After Russia's invasion of Ukraine, authorities launched criminal proceedings againstSurinov for allegedly acquiring a military identity card through illicit channels. Surinov, who is medically unfit to serve in the army, told DW: "It was clear they wanted to send me to war because of my political activism."

Surinov, just like Kobzev, was called to testify in the FBK donation trial. His bank accounts were frozen as well. "At the time, I was the only remaining Nawalny staffer from Murmansk left in Russia and facing the prospect of being put on trial on extremism charges for working with the FBK," he told DW.

In April this year, he traveled to Belarus and then onwards to Georgia, where he applied for a humanitarian visa in Germany. Yet he too was rejected, with German authorities arguing he had provided too little evidence of his persecution in Russia, despite showing documents to this effect. In addition, Surinov was told Georgia is a "relatively safe country."