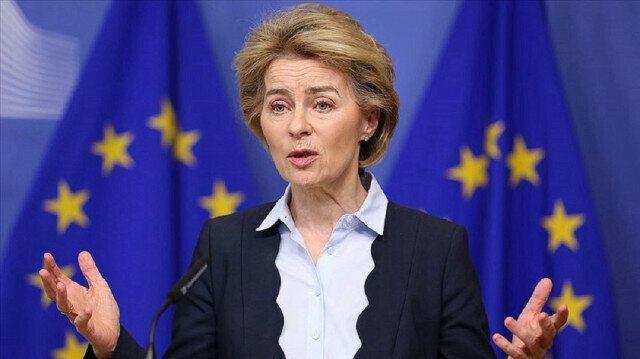 In a speech she delivered during her visit to the Finnish capital of Helsinki, Leyen said: “We are working hard to hit Russia where it hurts to blunt even further its capacity to wage war on Ukraine.”

She further said the EU, along with the G7 and other major partners, would soon approve a global price cap on Russian oil, adding that: “We will not rest until Ukraine has prevailed over (Russian President Vladimir) Putin and his unlawful and barbaric war."

Drawing attention to the fact that Ukrainians have to endure harsh living conditions because of Russian attacks on the country’s infrastructure which have led to severe shortages of running water and electricity, Leyen held Putin responsible for this state of affairs.

“Babies, their parents, and grandparents are freezing in the dark, and I strongly condemn these barbaric attacks. But I also know that our Ukrainian friends will overcome this tragedy because they are strong,” she said.

Explosions were reported earlier on Wednesday in the Odesa, Dnipropetrovsk, Zaporizhzhia and Kyiv regions of Ukraine.

Ukraine’s national energy company Ukrenergo announced later that it has enacted emergency blackouts across the country due to strikes on the country's infrastructure.

Energoatom, Ukraine's national nuclear energy company, added that all power units in four nuclear power plants in the country had automatically disconnected due to a decrease in frequency.

Zelenskyy also accused Russia of trying “to turn the cold of winter into a weapon of mass destruction."