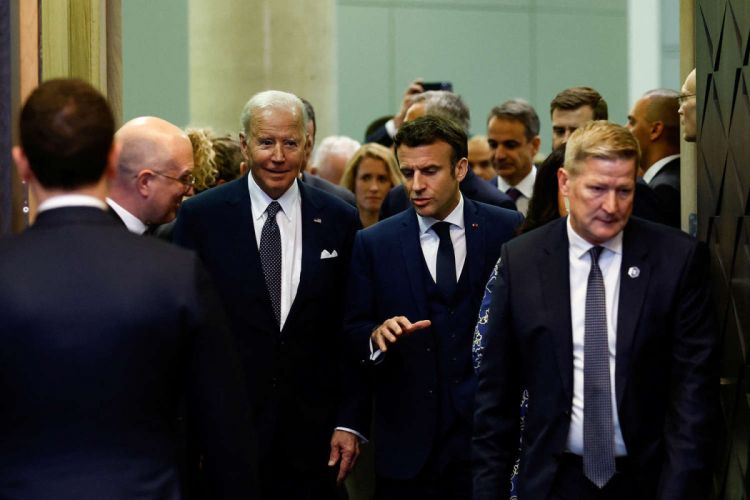 US President Joe Biden and his French counterpart Emmanuel Macron will discuss Ukraine, China, Iran and the Sahel during the upcoming meeting in Washington, D.C., on December 1, a high-ranking US administration representative said Monday, Ednews reports citing TASS.

The official called the visit an opportunity for the two presidents to coordinate their actions on the most pressing global issues. The official said they expect Ukraine to become the core topic of the negotiations - just like during the numerous previous discussions this year. The two leaders are also expected to discuss challenges from China, Iran and in the Middle East, as well as economic and energy cooperation between the two countries, the official said, adding that Biden also intends to discuss the situation in the Sahel region with Macron.

US authorities view Macron’s visit as an opportunity to emphasize reinforcement of alliances as the key part of the US approach to foreign policy.

Macron will be in Washington with a five-day visit - from November 29 to December 3. During the talks with Biden, he intends to discuss the trade disputes between the two states, among other things. The French leader’s trip comes 15 months after the submarine deal, signed by Washington, London and Australia behind Paris’ back and to Paris’ detriment.