EU reiterates its willingness to enhance cooperation with Africa in energy, food - ednews.net

EU reiterates its willingness to enhance cooperation with Africa in energy, food 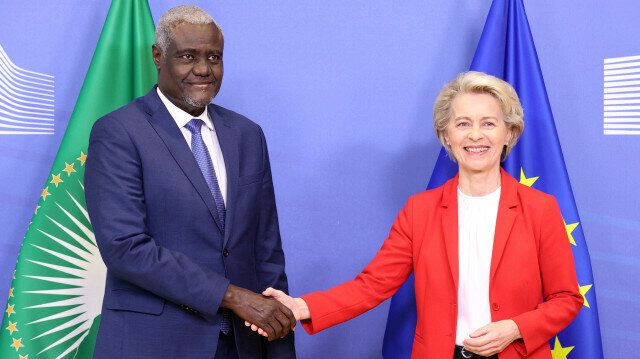 The European Union on Monday reaffirmed its willingness to enhance cooperation with Africa in a number of fields, including energy, food and migration, Yeni Safak reports.

A joint statement issued by the EU and the African Union following the 11th Commission-to-Commission meeting between them which was co-chaired by European Commission President Ursula von der Leyen and African Union Chairperson Moussa Faki Mahamat noted that the ongoing war in Ukraine had further adversely impacted the economies of Europe and Africa.

Global food and energy security are exacerbated by current conflicts and tensions, it added.

“Africa and Europe are bound by geography and a common destiny. Through sustainable investments worth at least €150 billion ($155.3 billion), the Global Gateway Africa-Europe Investment Package is the EU's positive and substantiable offer, which will help strengthen the continent's resilience,” said von der Leyen.

Mahamat, for his part, said: “We value our strategic partnership with the European Union and its active support to Agenda 2063. The destinies of our two continents are interlinked and we want to continue building a partnership of equals for the benefit of sustainable development for all.”