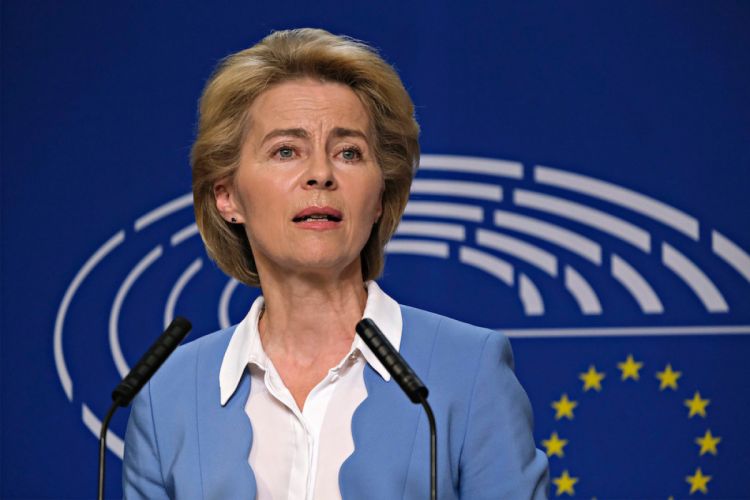 The European Commission presented the ninth package of sanctions against Russia, including about 200 individuals to be sanctioned, three banks, four TV channels and defense industry companies, President of the European Commission Ursula von der Leyen said in the video address on Wednesday, Ednews reports citing TASS.

"We are proposing to add almost 200 additional individuals and entities to our sanctions list. This includes the Russian armed forces, as well as individual officers and defense industrial companies, members of the State Duma and Federation Council, ministers, governors and political parties, among others," von der Leyen noted.

The EC wants "to introduce sanctions against three additional Russian banks, including a full transaction ban on the Russian Regional Development Bank," the official said. "We also want to impose new export controls and restrictions, particularly for dual-use goods. This includes key chemicals, nerve agents, electronics and IT components that could be used by the Russian war machine," von der Leyen added.

Measures suggested by EC comprise banning "the direct exports of drone engines to Russia and the export to any third countries, such as Iran, which could supply drones to Russia," the statement reads.