ANAMA: ‘64,000 hectares of liberated territories have been cleared of mines’
Read: 195 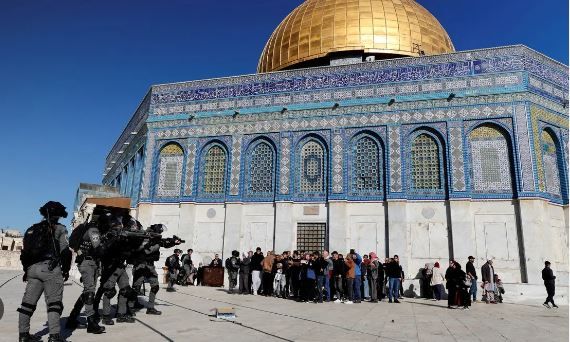 The foreign ministers of Türkiye and UAE on Wednesday discussed the recent developments in Afghanistan and Israel's Tuesday storming of Al-Aqsa Mosque, according to the Turkish Foreign Ministry.
In a phone call, Mevlut Cavusoglu and Sheikh Abdullah bin Zayed Al Nahyan "discussed mutual concerns over Taliban's recent ban on women’s access to education and their exclusion from national and international non-governmental and humanitarian organizations."
Affirming Türkiye's expectation from Afghanistan to reverse its decision on women's access to education, Cavusoglu also "emphasized the importance of coordinated efforts in this regard, particularly through the Organisation of Islamic Cooperation."
The ministry further noted that the UAE's minister said the decision "as well as the earlier bans on girls from accessing secondary education, violate fundamental human rights."
He "emphasized that Islam devoted significant attention to women, granted them a privileged position, and safeguarded their rights," according to the ministry.
The Emirati minister also "affirmed the need to guarantee women's rights, as well as the importance of full and equal participation of women and girls in all aspects of life."
"During the phone call, the ministers also reiterated their condemnation of the storming of Al-Aqsa Mosque yesterday by an Israeli minister. They underlined the importance of preserving the status and sanctity of holy places in Jerusalem and increasing coordination against such unacceptable acts," it added.
Emphasizing the "need to provide full protection for Al-Aqsa Mosque and halt serious and provocative violations taking place there," the two ministers "called upon Israeli authorities to assume responsibility for reducing escalation and instability in the region."
Cavusoglu and Al Nahyan also discussed issues related to the bilateral agenda.