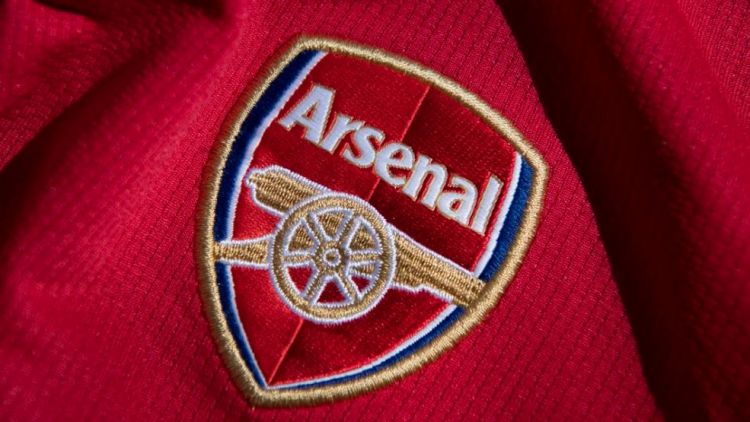 Official images of Arsenal's new adidas home kit for the 2022/23 season have leaked online.
Initial images of the rumoured strip were revealed back in March, and it seems that those early leaks were on the money.
Arsenal and adidas have enjoyed a fruitful relationship thus far with a number of memorable kits and streetwear releases to date. Judging by the latest revelation from ever-reliable Footy Headlines, next season's home kit is sure to get tongues wagging too.
'Official' images of the shirt have now been revealed, with a model sporting the same top seen in the previous leak.
The Gunners' 2022/23 home shirt features a white button-up collar with a red lightning bolt pattern that has been visible on previous strips, including this season's blue third kit.
As with almost every Arsenal home kit, the sleeves are mostly white, while adidas' three stripes only feature on the shoulders. The back features the club's name written in a bold white font just beneath the collar.
The socks will also feature the lightning design, while the shorts are white with the three stripes in red and red trim.
The kit will apparently be officially released on 19 May and Mikel Arteta's side will debut it in their final Premier League match of the season against Everton three days later.
The design of the shirt isn't too dissimilar by that of Manchester United's leaked home kit for next season, which also features a unique pattern on a button-up collar.