Defender Gerard Pique back to work at Barcelona in bid to prove boss Xavi wrong - ednews.net

Got a point to prove, Gerard? Barcelona defender Pique heads back to training as he looks to revive his Nou Camp career after being told he is no longer needed by boss Xavi due to his 'unprofessional conduct' 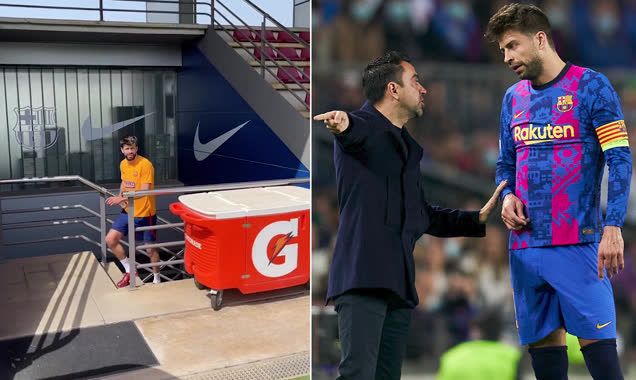 Defender Gerard Pique is getting back to work at Barcelona in bid to prove boss Xavi wrong ahead of the new season.
The Spanish international was told he had no future at the club two weeks ago due to his unprofessional conduct off the field and his deteriorating physical condition.
Xavi told Pique - who is reportedly among the highest earners at Barcelona - that he was no longer part of his plans and that he could leave the Nou Camp this summer despite remaining in contract until 2024.