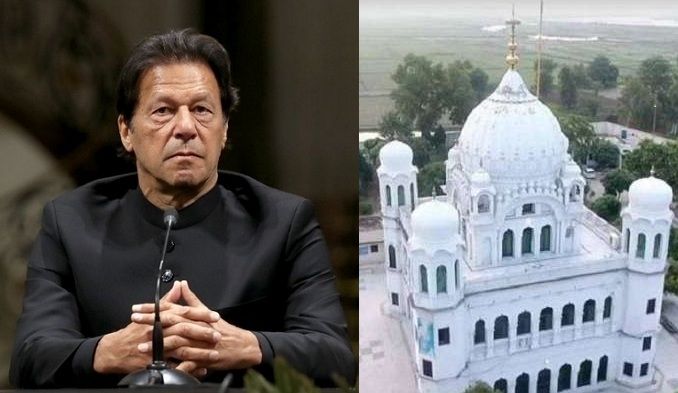 In an historic development filled with religious sentiments and a message of religious harmony, Prime Minister Imran Khan on Saturday inaugurated the Kartarpur Corridor, fulfilling a decades-old demand of the Sikh Community to have an access to one of their holiest places in Pakistan without any territorial impediments, Eurasia Diary reports citing Dispatch News Desk News Agency.

The Kartarpur Corridor Opening Ceremony was attended by over 10,000 Sikh Yatrees from within Pakistan and abroad including India and 67 other Countries.

Besides, the foreign diplomats and the Indian journalists also attended the auspicious event.

The Opening of Kartarpur Corridor coincided with the 550th Birth Anniversary Celebrations of the founder of Sikhism Baba Guru Nanak Dev Ji.

In their remarks, the Sikh Yatrees were full of praise for Pakistan especially Prime Minister Imran Khan and the Army Chief General Qamar Javed Bajwa who took the initiative not only to fulfill Sikhs’ aspirations but also as a peace-building measure for the region and to promote interfaith harmony.

The Sikh Yatrees also commended the government of Pakistan’s steps to protect religious places of minorities and give them equal Constitutional rights.

Talking to media, the President of Sikh Council of Pakistan Sardar Ramesh Singh said that there can’t be a bigger gift for the Sikh Community from Pakistan than the Opening of Kartarpur Corridor.

Sardar Ramesh Singh said that the Indian Sikhs hoisted flags of Pakistan on their houses and placed banners of Imran Khan in Jalandhar, which reflects their love for him.

Meanwhile before seeing off the first group of pilgrims to Pakistan, the Indian Prime Minister Narendra Modi also hailed his Pakistani Counterpart Imran Khan for the Opening of Kartarpur Corridor.

Along with the four-kilometer Kartarpur Corridor, the expansion and renovation work of Gurdwara Dera Sahib was also completed in a record time of 11 months.

It’s worth mentioning that Gurdwara Dera Sahib is located in Kartarpur area of Shakargarh, a Tehsil of Pakistani Punjab’s Narowal District. The Sikh Spiritual Leader Baba Guru Nanak spent the last 18 years of his life in Kartarpur.

As per the MoU signed on October 24, 2019 between Pakistan and India, 5,000 Sikh Yatrees (Pilgrims) from India can arrive in Pakistan via the Kartarpur Corridor per day throughout the week to visit the Shrine of Baba Guru Nanak.

The Indian Sikh Yatrees will have to pay US$ 20 each as Service Charges to arrive in Pakistan through the Corridor; however, as a special gesture, Prime Minister Imran Khan announced to wave off US$ 20 for the Yatrees on November 9 and 12.