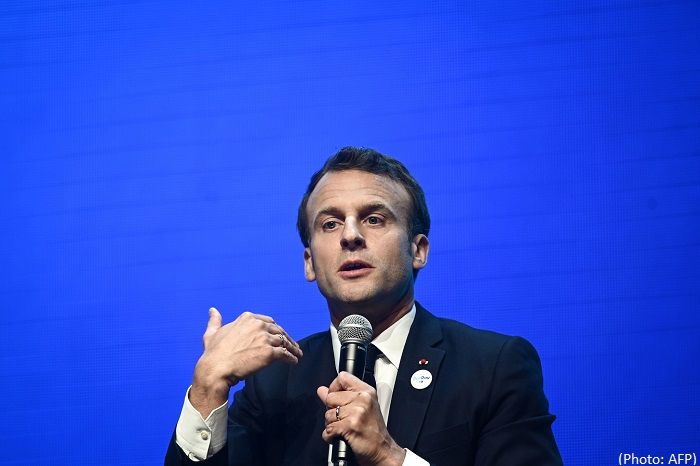 'France and Europe are pragmatic and realistic,' Macron said in first public comment by a European leader.

Donald Trump's latest offensive against China's Huawei Technologies puts Europe in an even bigger bind over which side to pick, but France's Emmanuel Macron is holding the line.

With a stroke of his pen, the US president signed an executive order to curb the Chinese telecom giant's access to the US market and American suppliers. His action could affect Europe, already caught in the cross hairs of a trade war, because it could impede the global roll-out of the fifth-generation networks.

In the first public comments by a European leader, Macron told Bloomberg Television he doesn't intend to capitulate to US pressure to block Huawei's 5G equipment. France, Germany and the UK are among the key allies balking at American demands to shut Huawei out completely from 5G network construction – or risk retribution.

"Our perspective is not to block Huawei or any company," Macron said at a technology conference in Paris. "France and Europe are pragmatic and realistic. We do believe in cooperation and multilateralism. At the same time, we are extremely careful about access to good technology and to preserve our national security and all the safety rules."