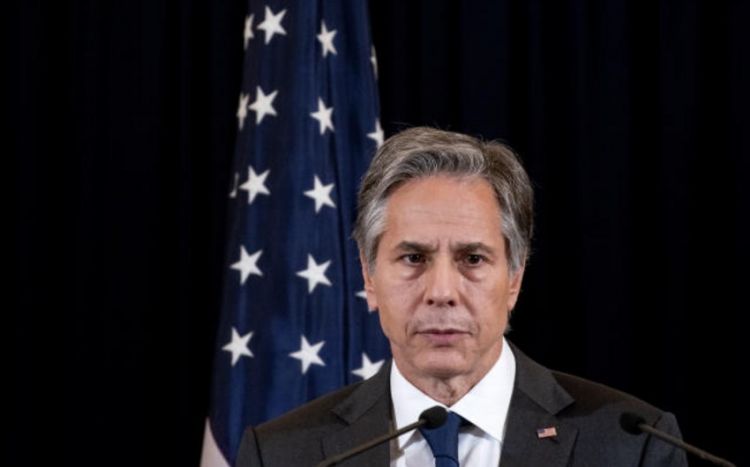 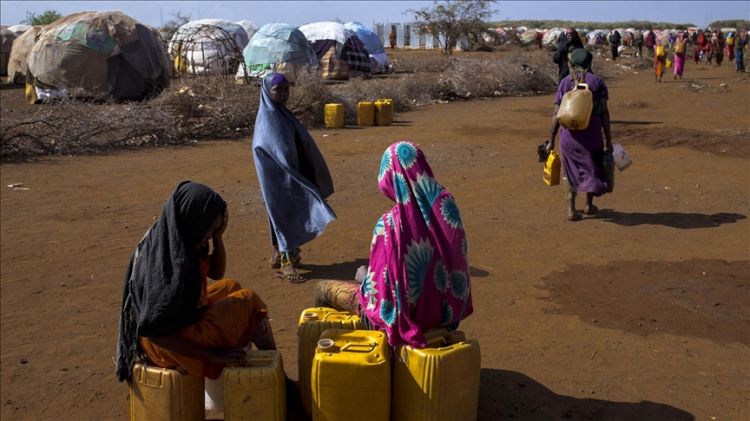 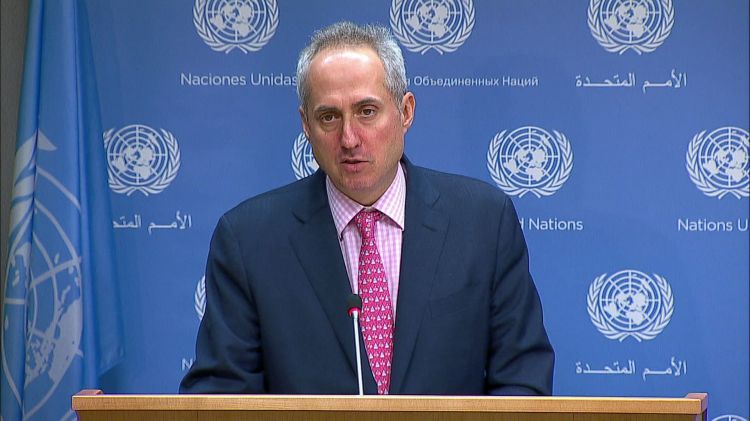 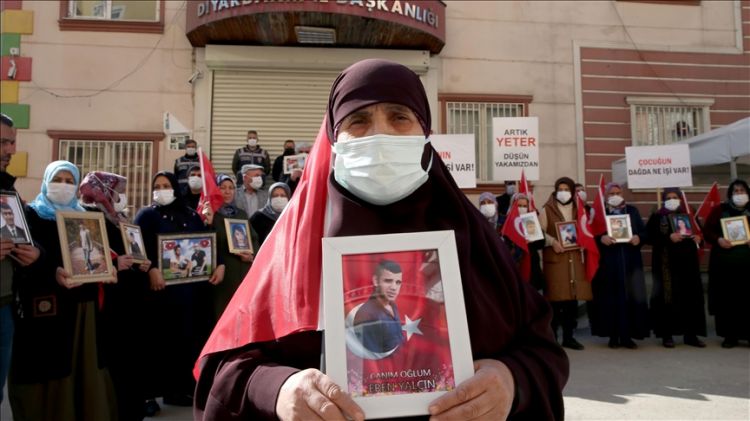 Families whose children were reportedly abducted or forcibly recruited by the PKK terror group continued to protest on Friday in Turkey’s southeastern Diyarbakir province.
Since Sept. 3, 2019, the protesting families, whose number has reached 263 with the latest additions, have camped for 900 days outside the Diyarbakir offices of the Peoples’ Democratic Party (HDP), a party the Turkish government said has links to the PKK.
Demonstrations have since spread to other provinces, including Van, Mus, Sirnak, and Hakkari.
Some families whose children with disabilities were abducted by the terrorists issued a statement to make their voices heard.
Sabire Aydin, one of the protesting mothers, said she is part of the sit-in for her son Zafer, who was abducted by the terror group five years ago.
Aydin stated that she would not end the sit-in without getting her son back.
Calling on all the children on the mountain to surrender to the security forces, Aydin stressed: “All the mothers are suffering. We are here for answers from the responsible ones.”
She also underlined that their struggle will continue and that they will do their best to get their children back.
- ‘I sent him to buy bread, but never heard from him for 8 years’
Fadime Aksu, another protesting mother, said that her son Eren was also kidnapped by the PKK eight years ago.
“I want my son back from the HDP and PKK. They took my child,” Aksu said.
“I sent him to buy bread. I have not heard from him for eight years,” she lamented.
Mentioning that her son had heart disease and that his treatment could not be completed due to the abduction, Aksu said: “I still keep his medication.”
She also said that those who deceived her son have “no mercy”, urging her son to lay down weapons and surrender to the Turkish security forces.
“I have been here protesting no matter what. We hope to hear good news from our children.
“34 families were reunited with their children. I hope that all the families here can experience the same.”
- ‘My daughter, I won’t leave without you’
Necmettin Bicer, one of the fathers in the sit-in, said he will keep protesting to get his daughter Gulcan back.
“No one can imagine what I’ve been through for six years. Only God knows,” he said, adding: “We have not given up, we will definitely not leave this place.”
Calling upon her daughter to surrender to the security forces, Bicer stated: “My daughter, I won’t leave here without you.”
In its more than 35-year terror campaign against Turkey, the PKK – listed as a terrorist organization by Turkey, the US, and EU – has been responsible for the deaths of more than 40,000 people, including women, children, and infants.
State prosecutors have filed a case with Turkey's top court to close down the HDP due to its reported terrorist ties.