Macron does not want France with populists, xenophobes as allies - ednews.net

Macron does not want France with populists, xenophobes as allies 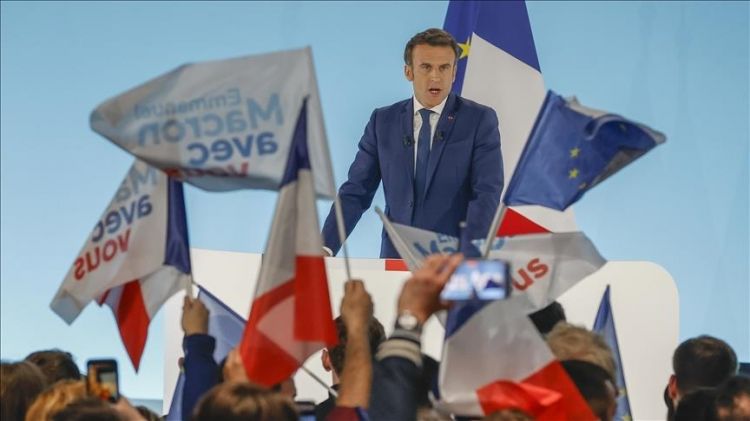 President Emmanuel Macron, who won the first round of the country’s presidential elections Sunday, said he did not want a France that would have international populists and xenophobes as its only allies, Anadolu Agency reports.

Macron made the statement at an event in Paris following the announcement of exit polls.

Thanking Paris Mayor Anne Hidalgo, France’s Socialist Party (PS) presidential candidate, Valerie Pecresse, the candidate of the center-right Republican Party, and French Communist Party presidential candidate Fabien Roussel for their support in the first round, he said: “Let’s not deceive ourselves. Nothing is settled and the debate that we will have in the coming days is decisive for our country and our Europe.”

“I don’t want a France which, having left Europe, would have as its only allies the international populists and xenophobes,” he said, referring to far-right candidate Marine Le Pen, who finished second in the polls.

“That is not us. I want a France faithful to humanism, to the spirit of enlightenment,” he added.

Macron also pointed out that France should be independent in the fields of economy, climate and agriculture.

France headed to the polls Sunday in the first round of elections for a new president.

Macron and Le Pen are set to face off in a second round that will be held on April 24.