Polls surge in favor of Macron after televised debate - ednews.net

Polls surge in favor of Macron after televised debate 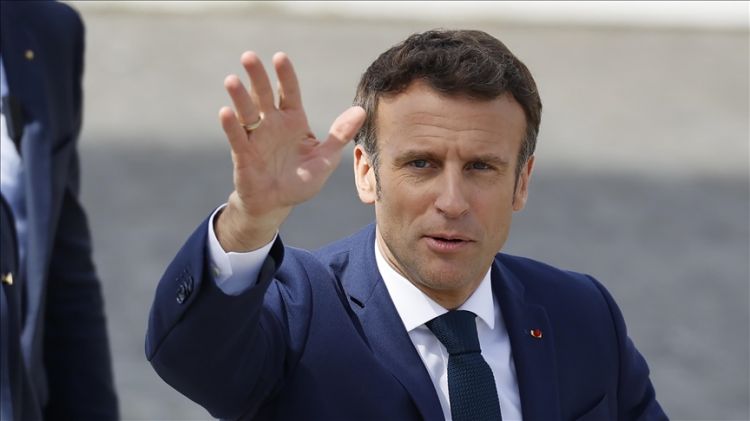 Days before voters have the final say, polls and the public mood in France suggest that President Emmanuel Macron has the wind in his sails after a fierce televised debate against right-wing challenger Marine Le Pen,Anadolu Agency reports.

According to an Elabe survey for BFMTV and L'Express news, with the clock ticking to Sunday’s round two of the presidential elections, 59% of viewers saw Republic on the Move party candidate Macron as the winner in Wednesday’s debate, with more convincing arguments, against 39% for the National Rally’s Le Pen. The two candidates come from radically different ideologies. While Macron positions himself as a liberal centrist, Le Pen is a devout practitioner of far-right ideas.

The two-and-a-half-hour debate drew a large audience of 15.6 million viewers. The face-to-face exchange is a highly anticipated event for voters and an opportunity for the candidates to sway fence-sitters in their favor.

In a blow-for-blow attack, Macron spoke out against Le Pen’s proposed ban on the Islamic headscarf or veil in public spaces, warning that such a ban could bring France to the brink of a civil war. He insisted Paris will stay and work within the scope of the European Union and castigated Le Pen for her closeness to Russia and being a “climate skeptic.”

He worked to reassure mainly conservative and left-leaning voters that Sunday is not merely about electing the country’s president, but a vote on Europe, the environment, secularism, and above all what is acceptable and not to the French people.

Le Pen targeted Macron as a “climate hypocrite” and economic failure, for not tackling inflation, increasing hardships during the pandemic, and proposing raising the retirement age from 62 to 65. She further accused him of dividing French society and insisted her campaign platform favors the French people, aiming to improve their daily lives.

France will head for the second and final round of polls on Sunday, April 24.