Italian premier to visit Turkey in July for bilateral talks 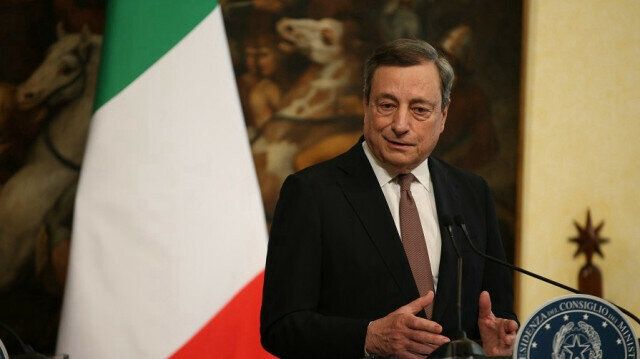 The Italian premier said on Thursday that he would visit Turkey in July for bilateral talks.

Addressing the parliament on the latest developments in Ukraine, Mario Draghi reiterated Italy's stance against Russia's war on Ukraine.

He said no intergovernmental summit has been held between Italy and Turkey for 10 years, adding his visit will come in early July.

The premier said during his visit, the two sides will discuss diplomatic efforts to end the conflict in Ukraine and strengthen bilateral ties.

Regarding the alleged war crimes committed by Russian forces in Ukraine, the Italian premier said that he offered Italy's support to investigate these claims as mass graves were found in the war-torn country.

Also touching on the increasing NATO actions in the eastern flank, Draghi underlined that in addition to 2,500 Italian soldiers in Eastern Europe, Italy will send 1,000 more soldiers to Hungary and Bulgaria.

He also said they are considering sending an air defense system to Slovakia.