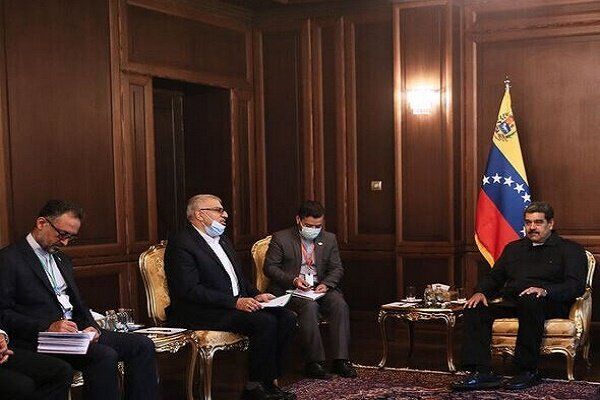 Exporting technical and engineering services, reconstruction and modernization of refineries, and developing of oil and gas fields were other topics discussed between the two sides.

The Venezuelan president and his high-ranking accompanying delegation arrived in Tehran on Friday afternoon for a state visit at the official invitation of his Iranian counterpart to hold meetings with high-ranking Iranian officials.

Raeisi and Maduro signed a 20-year partnership agreement aimed at bolstering cooperation in various fields between the two countries.

Nicolas Maduro's visit to Iran took place at the official invitation of the President of Iran, Ebrahim Raeisi.