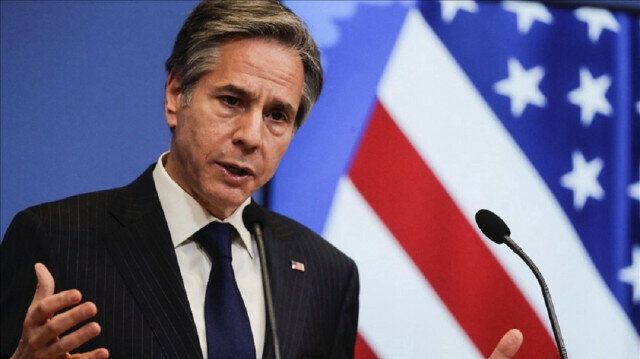 According to Yeni Safak, “It is Russia's war against Ukraine, not Western sanctions on Russia, that will push another 40 or 50 million more people to hunger,” US Secretary of State Antony Blinken said during a press conference with his German counterpart Annalena Baerbock.

He said the Russian blockade of Ukraine and Moscow’s refusal to export grain for political reasons are the only reasons for the food crisis.

Bearbock underlined that international partners are working to respond to Russia's "cynical" and potentially destabilizing “grains war, which is accompanied by a propaganda war.”

“The war in Ukraine has compounded problems that have been brewing for years: Climate disruption; the COVID-19 pandemic; the deeply unequal recovery," he said in a video address to the Berlin Ministerial Conference “Uniting for Global Food Security.”

Guterres warned there is a risk that multiple famines will be declared in 2022.

Mass hunger and starvation are unacceptable in the 21st century, he said.

Guterres underscored that there could not be an effective solution to the crisis without Ukraine and Russia finding a way to resume grain trade.

The Russian defense ministry said the sides also discussed approaches to ensure safe navigation in the Black Sea on Tuesday.

Turkish Foreign Minister Mevlut Cavusoglu recently discussed the matter with his Russian counterpart to pave the way for the flow of vessels carrying grain from the war zone.

In addition, Ankara is working to aid confidence-building measures between Russia and Ukraine.