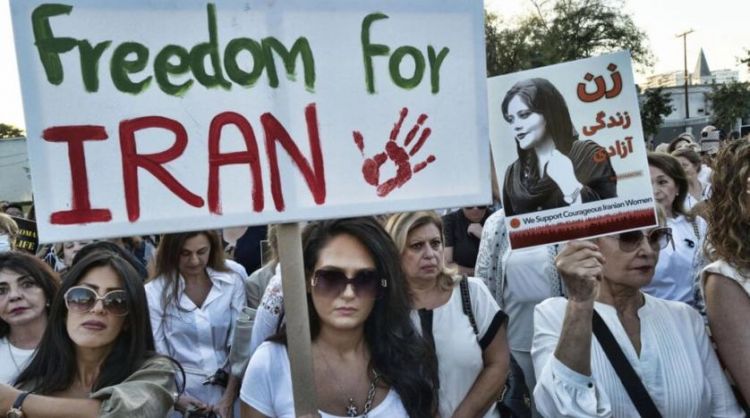 A senior commander in the Iranian Revolutionary Guards was killed during clashes in the southeastern province of Baluchistan on Friday, an incident that further deepened the Iranian internal crisis in the third week of the outbreak of the “women’s uprising.”
The regional governor told the state television that the violence in the city of Zahedan left 19 dead and 21 wounded.
The official IRNA news agency confirmed the killing of the commander of the Revolutionary Guards’ intelligence service, Ali Mousavi, during a confrontations with militants.
The governor accused “separatist groups” of being behind what he described as a “terrorist attack.”
He said: “A number of rioters attacked a police station under the cover of Friday prayers.”
“The separatist terrorists attacked several banks and looted a number of shops,” he added.
The police in Baluchistan province said that unidentified gunmen attacked worshipers and a number of Revolutionary Guards forces. The Noor News website of the Supreme National Security Council reported that violent confrontations took place between armed men and the police forces.
Tension in the city comes after calls in the southeastern province to hold a security official accountable for raping a girl.
Meanwhile, the Iranian “women’s uprising”, which erupted after the death of the Kurdish Mahsa Amini in police custody, entered its third week, amid the expansion of the deadly crackdown that left 83 people dead.
The protests continued on Friday in the cities of Mashhad, Ahwaz, Sanandaj, Kerman, Zahedan and Kermanshah, after a tense night in the conservative city of Qom, in which the protesters chanted angry slogans calling for the overthrow of the ruling regime.
The Iranian Ministry of Intelligence said in a statement: “Nine foreign nationals from Germany, Poland, Italy, France, the Netherlands and Sweden (...) were arrested in the places (of the demonstrations) for being involved in the riots.”
The Oslo-based Iran Human Rights (IHRNGO) said at least 83 people were killed in the protests, while Amnesty International said on Friday that the crackdown on the protests has left at least 52 confirmed dead and hundreds injured.
“The Iranian authorities have mobilized their well-honed machinery of repression to ruthlessly crack down on nationwide protests in an attempt to thwart any challenge to their power,” Amnesty said.
“Without concerted collective action by the international community that goes beyond statements of condemnation, countless more people risk being killed, maimed, tortured, sexually assaulted and thrown behind bars,” it added.