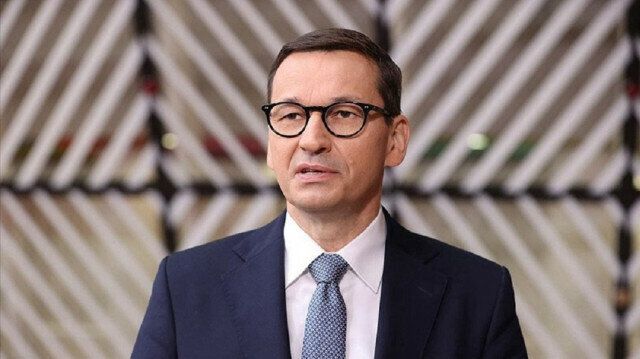 “Putin wants us to believe he will use tactical nuclear weapons, but it’s a tool of blackmail, a game of chicken,” Mateusz Morawiecki told the Warsaw Security Forum in Poland’s capital.

“Putin believes the only way to win is to escalate the war. But the reality is different. We in this region know history very, very well and Russia only steps back when there is a counter-force standing in its way. This is why they are so fierce,” he further said.

Morawiecki asserted that Putin’s strategy was aimed at divide and conquer. “He wants us to be dealing with our own matters, inflation and energy. But we must accept the linkage between energy and inflation, and the war in Ukraine,” he added.

The prime minister went on to say that threats from Russia were not only military.

“Some threats were completely underestimated, for example in the field of propaganda. We know this very well in the region, all too well. Also, a surprise for many, is energy, which is the most critical aspect of this war. Putin believes that using this as a weapon they will change the dynamics of the war.”

Morawiecki said financial support for Ukraine is also a key area. “The Kremlin wants to bankrupt Ukraine, see it unable to pay teachers, doctors, nurses. They hope then that public opinion would turn in Ukraine,” he said.

The premier argued that the recent proposal by Russia that it could pump gas to Germany via the Nord Stream 2 gas pipeline after sabotage in Nord Stream 1, was evidence that this was an act conducted by Russia.

“We need to wait until the evidence is in, but this tells me it was in Russia’s interest. Indecision and delays are the parents of failure,” he said.