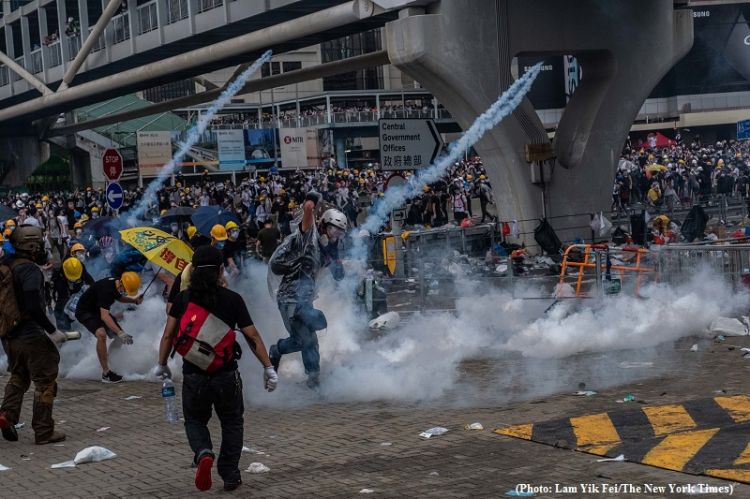 Riot police turned downtown Hong Kong into a tear-gas covered battlefield as they pushed back against protesters who tried to storm Hong Kong’s Legislative Council. The protesters, angry at an extradition bill that would allow people to be sent to mainland China for trial, hurled bricks, bottles and umbrellas as they clashed with the police, as the demonstrations intensified on Wednesday afternoon.

A line of protesters, many of them young people in black T-shirts, repeatedly rushed toward a ring of heavily armored police, only to be repelled by the officers who lashed out with blows, rubber bullets, beanbag rounds, pepper spray and tear gas.

The police’s use of tear gas and nonlethal projectiles represented a turning point in their response to the demonstrations, and reflected the government’s determination to keep the territory’s legislature from being overrun by the people.