Space hurricane which rains electrons instead of water discovered by scientists
Read: 1291

US military convoy arrives in Syria from Iraq 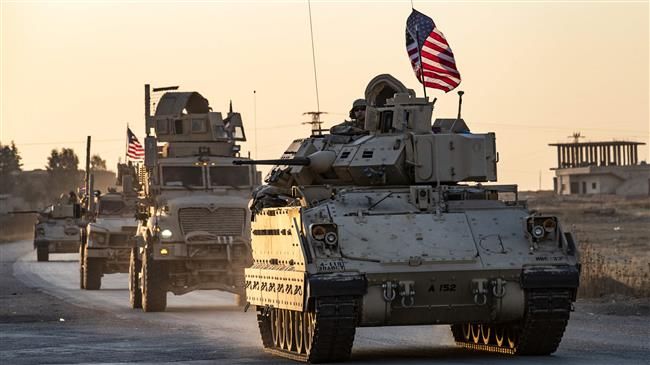 Local sources in the village of Al-Suwaidiyah told SANA that a US military convoy arrived in Syria illegally from Iraq’s Al-Waleed Border Crossing.

The occupying US military, which is collaborating with Qassad forces to plunder Syria's oil resources, has brought in several trucks carrying weapons and fuel tankers to its military bases in northern Syria in recent months.