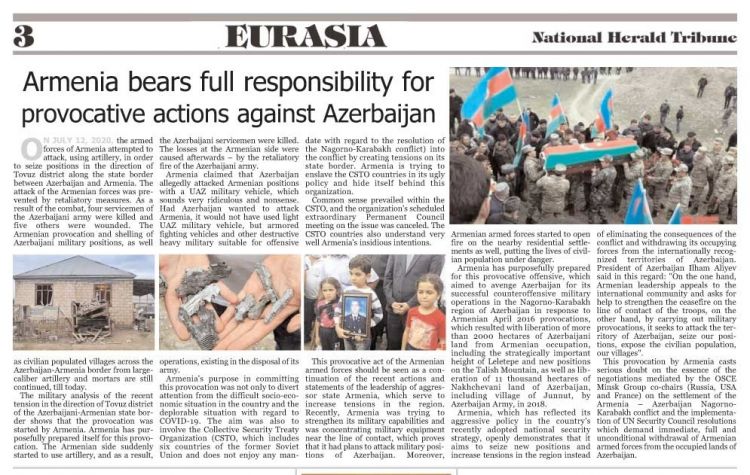 The Armenian provocations which left several martyrs on the side of Azerbaijan have been condemned by international media. Pakistan-based newspaper, National Herald Tribune published articles about the Armenian illegal attacks.

National Herald Tribune accused Armenia of bearing the responsibility for the provocative attack. The newspaper also included the official position of the Foreign Ministry on the case.