We want civilian, not military government - Algerians to army chief 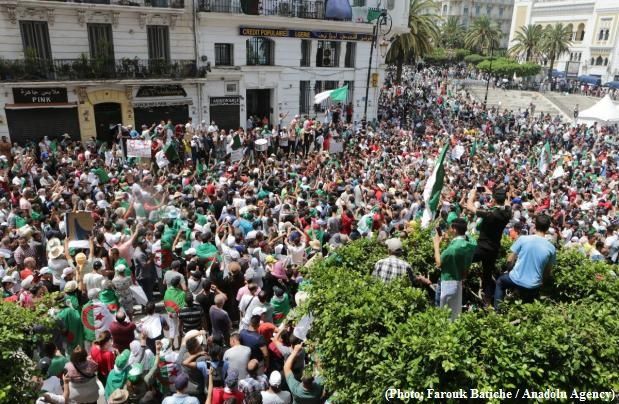 Hundreds of thousands of Algerians yesterday took to the streets amid the continuous arrests of corruption officials and the election of opposition parliament speaker, Slimane Shenine, Middle East Monitor reports.

The demonstrators – who went out to protest for the 21st Friday in a row – demanded that the state be led by a civilian government, despite statements made by army Chief of Staff Ahmed Gaid Salah, who labelled the demand as nothing but “false slogans with flagrant aims and intentions”.

The demonstrators also called for the overthrow of all symbolic figures associated with the regime of former President Abdelaziz Bouteflika in order to pave the way for a political solution to the crisis. This solution includes the holding of free and fair elections to elect a president representing the will of the people.

As on previous Fridays, the most prominent demonstrations took place near Central Post Square, Awdan Square and the Central University in the Algerian capital Algiers. Participants shouted slogans calling for the departure of symbolic figures of the former regime, as well as “civil not military state,” in response to Salah, who last Tuesday described those who shouted this slogan as “people with poisonous ideas”.