Armed attack on the Azerbaijan Embassy in Tehran - "Yasin Huseynzadeh, is likely to be working for SEPAH" - EXCLUSIVE
Read: 315 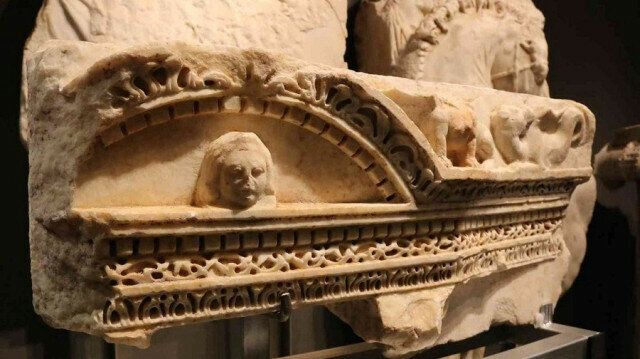 As many as six historical artifacts were returned to a Turkish museum on Sunday following an official ceremony.
Turkish Culture and Tourism Minister Mehmet Nuri Ersoy, US ambassador to Ankara Jeffry Flake, and US assistant district attorney for Manhattan Col. Matthew Bogdanos signed the delivery contract at the Antalya Museum in Türkiye’s coastal province.
A statue of Roman emperor Lucius Verus, Attis and Apollo figurines, a Kusura-type idol, terracotta plate and a four-piece columnar sarcophagus, which were smuggled to the US, were brought back to Türkiye after joint efforts of Turkish and US authorities.
Speaking at the event, the Turkish minister said Türkiye had been following the traces of the artifacts for half a century, which are originally from the Turkish provinces of Balikesir, Afyonkarahisar, and Burdur.
“I am happy to witness and support the completion of at least a part of a half-century-long process,” Ersoy said, and thanked Bogdanos, Robert Mancene, a US Homeland Security agent, and investigative analysts Daniel Healey and Apsara Iyer for coordinating the process.
For his part, Flake said that he was glad to be a part of the efforts "to repatriate artifacts that were illegally taken.”
He thanked all the teams that worked on the repatriation process along with their counterparts in Türkiye.
“These artifacts tell a story about what happened, about the culture and heritage of the people ... they belong where they originated,” he added.
Flake recalled that a bilateral cultural property agreement between Türkiye and the US was signed last January. “This agreement is designed to protect the looting and illicit trafficking of rare items like these,” he said.