Bohemian Rhapsody, the biopic about British rock band Queen and its frontman Freddie Mercury, has won the Golden Globe for best film drama. The motion picture beat out favorite A Star is Born. 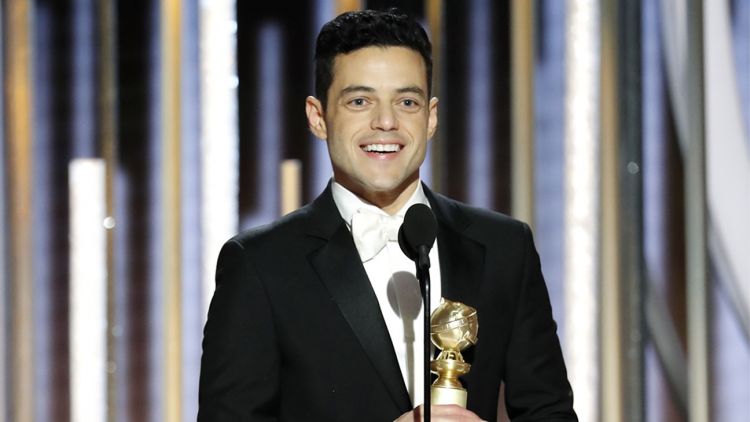 The 76th annual Golden Globe Awards, hosted by actors Sandra Oh and Andy Samberg, handed out 25 awards in cinema and television throughout the evening. Sunday's winners are seen as a predictor to which films will win the all-important Academy Award on February 24.

Best performance by an actress in a movie drama

Green Book was the winner in the best comedy or musical category. Starring African-American actor Mahershala Ali as a concert pianist in the 1960s and Viggo Mortensen as his chauffeur. Ali won best supporting actor for the movie. Green Book also won best screenplay for a motion picture.

Best actor in a comedy or musical motion picture

Christian Bale accepted the Golden Globe for his role in Vice, a biopic of former US Vice President Dick Cheney.

Mexican filmmaker Alfonso Cuaron’s Spanish language motion picture Roma, a semi-autobiographical film about growing up in 1970s Mexico City, won him the award for best director. Earlier in the night, Cuaron took home the award for best foreign language film. Cuaron has won three Golden Globes in his career; his first came in 2014 for directing Gravity.

"Shallow" from A Star is Born won the award for best original song. Mark Ronson used his acceptance speech to thank director-actor Bradley Cooper for incorporating the song's lyrics into the film.

A Star is Born — with singer Lady Gaga and Bradley Cooper — began the night with five nominations. It tells the story of a tragic romance between a fading rock star and a rising pop star. Many critics had tipped it to win in the coveted best drama category.

"A Star is Born has everything going for it, including box office and critical success," Paul Dergarabedian, a senior media analyst at industry data firm Comscore, told the Agence France-Presse news agency ahead of the ceremony.

Winners are chosen by the 90-odd members of the Hollywood Foreign Press Association.