The 153rd anniversary of Mahatma Gandhi's birthday was celebrated in Baku - PHOTOS - ednews.net

Embassy of India, Baku in cooperation with the Indian diaspora associations in Azerbaijan organized Gandhi Jayanti to commemorate the 153rd birth anniversary of Mahatma Gandhi on October 2, 2022.
The event, held at the Landmark Hotel Baku, was attended by about 150 people, including Azerbaijani officials, famous cultural figures, representatives of universities, local lovers of Indian history and culture, friends of India in Azerbaijan, as well as numerous members of Indian diaspora and Indian students studying in Azerbaijan.
Addressing the event Mr Vinay Kumar, Charge d’Affaires in the Embassy of India, Baku said that Mahatma Gandhi was not simply a leader of the Indian National movement, who led India to freedom, but also a world teacher.
“He belongs not to India alone but the whole world. His messages, though delivered in the context of the Indian freedom struggle, are meant for the world at large. Recognizing the multifaceted contribution of Mahatma Gandhi, the United Nations in June 2007 declared his Birthday as the International Day of Non-Violence, as an occasion to disseminate his philosophy and strategy of non-violence, including through education and public awareness,” said Mr Vinay Kumar.
He emphasised that Mahatma Gandhi continues to inspire us even today, his teachings are universal in character, in both, space and time: “They are as relevant today as they were during his life and will continue to offer solutions to the challenges faced by humankind.”
Later on, the event participants watched a video song by a famous Azerbaijani singer Tofig Aliyev, paying homage to Mahatma Gandhi through his favourite bhajan “Vaishnav Jan To Tene Kahiye” and a short presentation and a documentary on the life of Mahatma Gandhi, as well as listened to speeches, poems and songs about Gandhi.
During the event the participants also had a chance to see a painting exhibition on Gandhi as well as an exhibition of Khadi, hand spun textiles, as a healthy alternative, organized in the event venue’s foyer area. 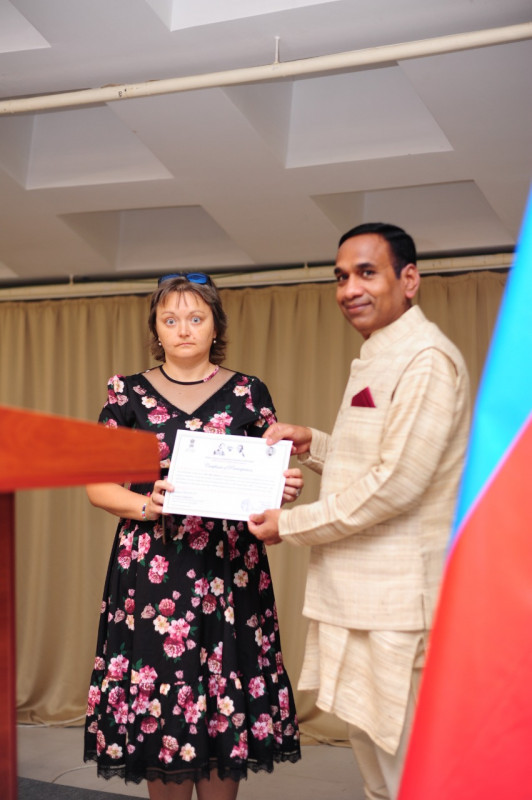 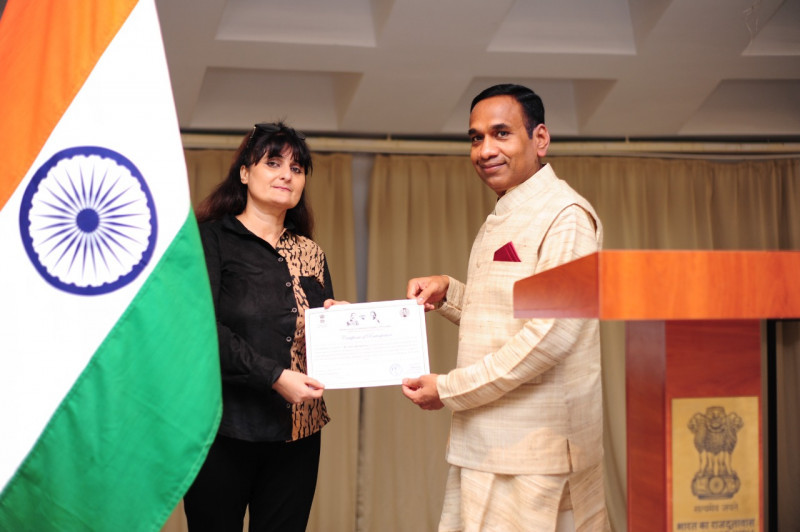 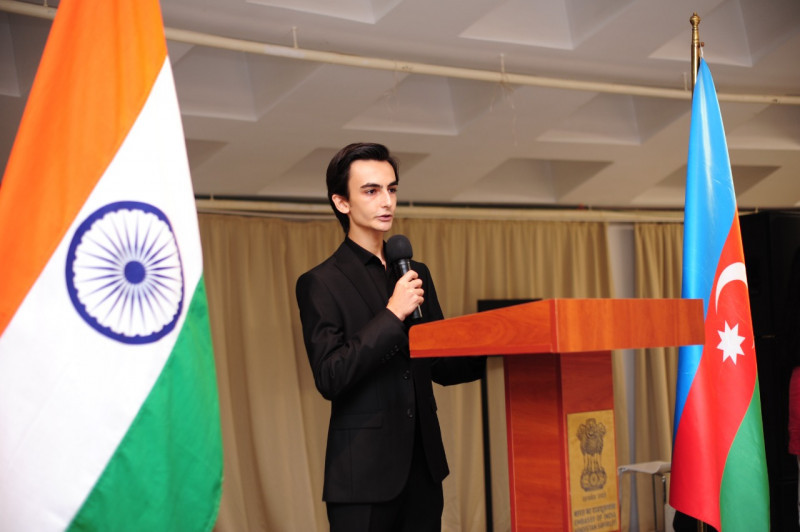 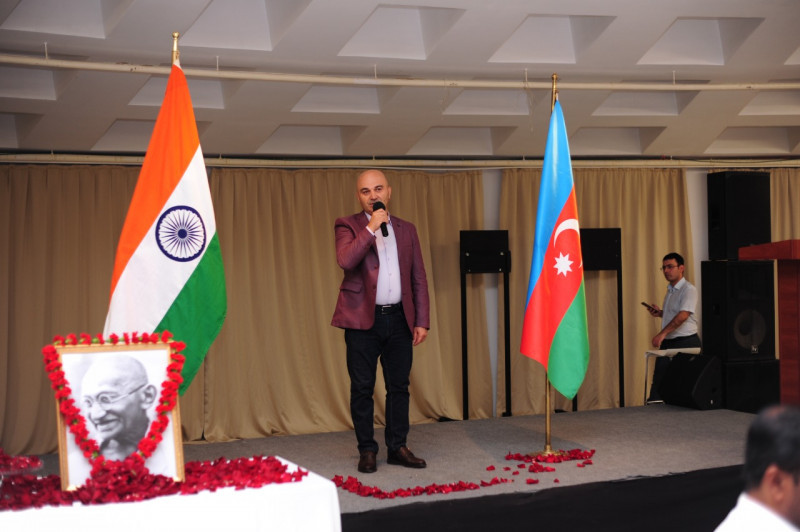 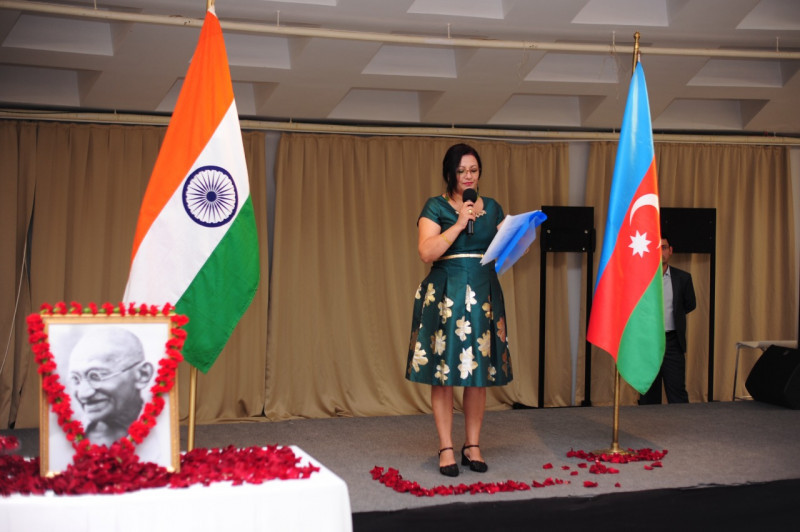 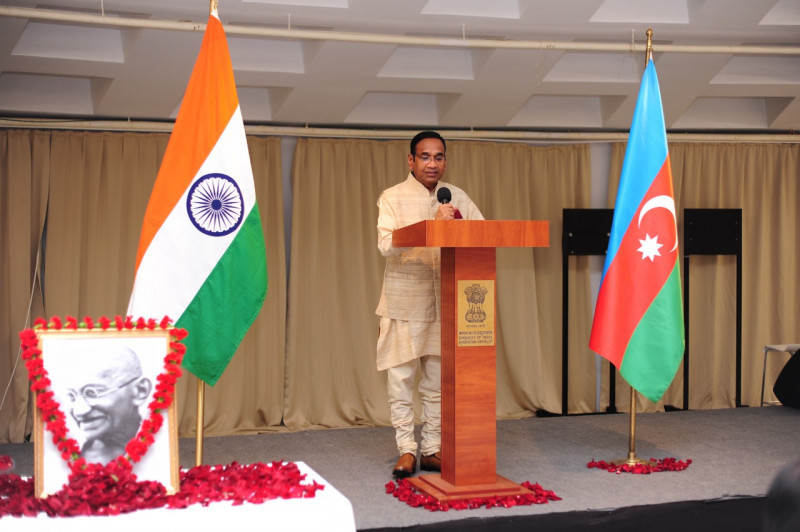 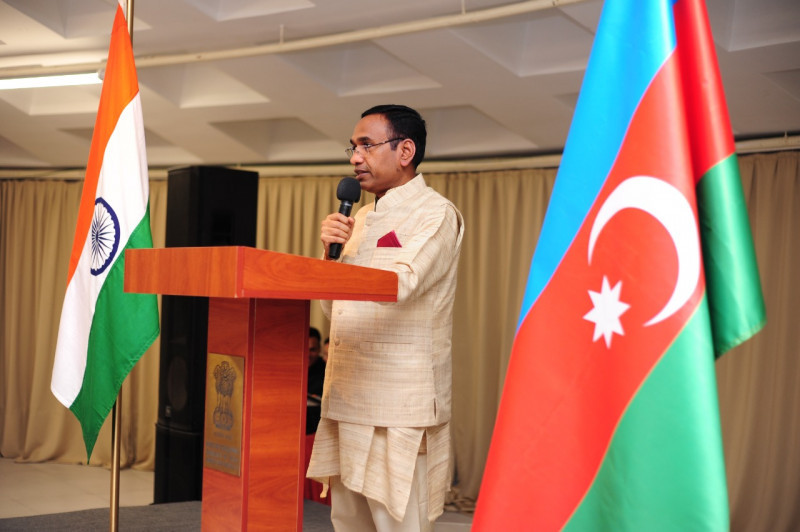 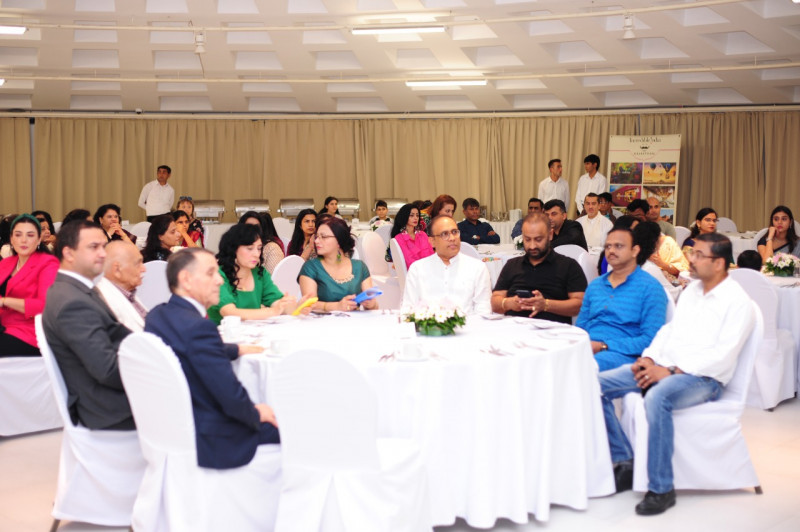